Eric Dubay seems to me a really legit guy, in his videos I can feel his honesty and good vibe. But, even tough he seems to have good intentions, it's not the first time I really trust someone and in the end I conclude he is another agent. I was a big fan of David Icke and so many others just to know they were part of the game. I think Eric is to trust, his youtube channel is full of amazing knowledge, but would like to know your opinions!

No, Eric Dubay is not controlled opposition. In the midst of imposters and ingrates, Eric Dubay stands apart as a paragon of integrity; and has been consistently tested and verified as someone who defers to what is true instead of selling himself out for popularity or well-paying gain.

He even turns down offered donations and instead encourages people to buy his books to help spread the word about what he writes about.

I would like to also mention that David Icke's books are actually very good and he goes much further than almost anyone; and he actually hasn't come out and said the earth isn't flat.

Hey animal sanctuary I agree with what you said. But I listened rumors that ODD TV, Eddie Bravo and David Weiss were controlled opposition. Eric Dubay participated in the movie "Level" where those persons appeared too, that's why I'm doubting the integrity of Eric. Talking about David Icke, I read his book "Human Race Get Off Your Knees, The Lion Sleeps No More" and I found it really interesting and helpful in escaping the matrix. But, the own Eric told that David spread disinformation about the reptilians and cosmology. And in his book, David Icke says the earth is round and ridiculized the flat earth topic.

Calling people "controlled opposition" is meant to confuse us. I believe we are dealing with very evil beings/demons/satanic forces. The fallen angels have been observing us humans for so many years, they know how to frighten and confuse us. Fear and confusion come from Satan. So what should we think about those we follow and like what they're saying? Trust only God, our Creator, 100%. Be alert and aware of what all men are teaching and believing. No man has 100% truth. We have a deep and unrelenting desire to know what is TRUE. May God grant us wisdom and courage. Just my little old opinion at 75.

Eric Dubay Exposed or Not?

There are several slanderous disinformation videos online spreading lies about me and claiming to have "exposed," me.  I have addressed and debunked these allegations several times in the past, but over the years these claims keep re-surfacing and bewildering my newer supporters, so I am making this video to address all of the accusations made about me in one place.

1. You Are a C.I.A. Agent!  We Have Proof You Lived in Washington D.C.!
2. Your Wife/Fiance's Father is a 5-Star General in the Dictatorial Thai Military!
3. You are a Cross-Dresser who Performed an Illuminati Shame Ritual Wearing a Dress!
4. You were Awarded a $100,000 Vaccine Settlement which was Actually your CIA Payout for Rolling out the Flat Earth Movement!
5. You are a Freemason From a Masonic Family!  Your Great Uncle is a 32nd Degree Freemason!
6. But You Make Masonic Signs and Symbols in Your Pictures and Videos!
7. You are Anti-Christ and a New Age Deceiver Because you do Yoga and Made a video Saying Jesus Never Existed!
8. You are Actually Andrea Casiraghi Prince of Monaco Pretending to be Eric Dubay!
9. You're a Hollywood Actor!  You Have an IMDB Profile!
10. You are a Psychopath and Abused Your Ex-Girlfriends!
11. You Promote Hitler and and it is Harming the Flat Earth Truth!
12. You Promote Veganism which is the Unhealthy NWO Agenda 21 Slave Diet!

The simple truth is the powers that be are gravely concerned of the flat Earth movement I have helped spark and maintain, and they are desperate to defame, denounce and discredit me in any way possible.  Since they have completely failed to debunk my evidence, they are now taking to personal attacks and trying to denounce my character so people will not see me as trust-worthy.  To my supporters, if you do see people making these slanderous false accusations about me, please link them to this video so they can hear my side of the story and figure out the truth for themselves.

As I explained in the David Weiss thread: In the original LEVEL I was narrator, given script edit capabilities, clued in every step of the process and given final-cut editorial permission. With this next Level Sean isn't using a narrator, so there is no script, I would not have final-cut editorial permission nor would I know much about the content of the film until it was released. I am not very comfortable appearing in something I know so little about and have so little control over. Also I have concerns about David Weiss' inclusion: https://ifers.forumotion.com/t369-david-weiss-exposed

In other words, I purposely left the LEVEL 2 project because of David Weiss' inclusion and because of how little control I would have had over production.

Thanks Eric for the effort on the reply, I'm now more concerned on why you were in those projects. Keep up with your great content, peace

Thank you for the video, Eric. My husband and I have been following you since 2016 when we began questioning the moon landing. We found your website Atlantean Conspiracy via Google Search. My, how the info-supression-times have changed! You exploded our minds that year. Ever since, we've been very careful about listening to imposter FE theories. You're one of the few FEers we trust because your research is always honest, thorough and logical. Even though we are devout Christians and believe in Jesus (still / 100%) we were NOT offended by your video saying Jesus never existed. We appreciate the massive time/work you put into researching this and other topics and your historical perspective. And also that you share with kindness. We always learn SO much and you HAVE definitely changed our theological and historical perspectives on many things. These last 7-8 years, we've been lurkers, always listening to your stuff but never commenting. Just wanted you to know we are so grateful for all that you've written, videoed and continually shared despite the neverending opposition and lies. We'd probably still be globe-earthers if it weren't for you. FOREVER thankful. 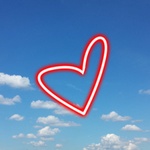 I appreciate that very much, thanks BridgeyGirl