I look for two shill flags: they push ideas without backing... and fail to develop over time. I'm looking for evidence, so if they don't have evidence I wouldn't be listening anyways. Tagging shills just saves research time.

The Actor Based Reality - Ed Chiarini

Deleted by me because I didn't choose for this topic to be put in this thread. You can't have a serious conversation about a topic when you taint it by association of the thread title.

I'm done with this forum anyway.

I look for two shill flags: they push ideas without backing... and fail to develop over time. I'm looking for evidence, so if they don't have evidence I wouldn't be listening anyways.  Tagging shills just saves research time.

Exactly! It’s easy to spot a shill as they don’t answer the questions. The truth does not fear the questions. Shills always move to another point when things become to difficult to answer.

Great little compilation video, big thanks to Olivier for making this

Looks like Rob Skiba is on the thumbnail of the first video at the beginning this thread... Was he a shill too? His FE stuff sure didnt seem misintended... was it?

tomas_ar wrote:Looks like Rob Skiba is on the thumbnail of the first video at the beginning this thread... Was he a shill too? His FE stuff sure didnt seem misintended... was it?

it's hard to know what to believe with rob skiba. i know im affected by his passing and it weirdly legitimizes his work and research for me. which sounds cra cra, i know. i feel like even though he still had his human desires to make and produce this action packed biblically accurate mega movie, mostly his work was intended to enlighten both christians and non christians about the nuance and detail written in the bible and to validate its possible *literal* translation. which is pretty dope no matter what you believe, the spirit of investigation and cross referencing for clarity, thats the fundamental principle of all good study.

now that he has passed, it makes me wonder a lot about what his intentions were with the movie, whose shoulders he rubbed and what spark of genuine conscious thought did they see and want to snuff out in him? because... it's been really hard for me to believe every covid related death statistic is accurate. and it really feels like a brilliant covert assassination opportunity on so many accounts, not just rob skiba's. so... yeah. was rob secretly murdered for knowing enough and signaling the confidence in spirit and conviction reserved for the real light warriors??? or was he like... genuinely caught up in the glamour of being a flat earther and unwittingly flashed allegiance with overt and notorious shills and just so happened to truly get sick at a flat earth conference and within a 30 day time frame from diagnosis tragically pass away from covid???????? ion know boo 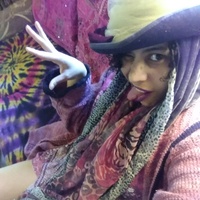 Is "Witsit Gets It" a shill? He seems honest and he's good at debating IMO however he is friends with Jeran which I read on IFERS that he's a shill. What do you people think?

Hey everyone, I heared a lot about Santos Bonacci being linked to astrology, theology and doing witchcraft. is whole website is somehow doubtful and he doesn't inspire me much confidence. Would like to know your opinion! Thanks

mike_wolf23 wrote:Hey everyone, I heared a lot about Santos Bonacci being linked to astrology, theology and doing witchcraft. is whole website is somehow doubtful and he doesn't inspire me much confidence. Would like to know your opinion! Thanks

I'm also curious about Santos. I love his teachings about the whole "Sovereign Living Man" and how the use the all caps name on all our legal , and financial paperwork. However just like SO MANY others along the way I keep realizing that Eric is pretty much the only one I can trust for real. Everybody else goes off into strange stuff. I'd like to believe Santos is legit, because I've spent countless hours listening to him, but he talks about some stuff as if it's proven fact when you simply CANT prove some of it.

Some shills are damage-controlled opposition. That is a less intelligent or courageous individual who is propped up by the other side. A strawman in a sense. The key to understanding who is working on behalf of the enemy is figuring out who the media gives credit to. The fake FE leaders will not be hidden in Google searches, and they will receive at least some media attention. Eric's work is not only hidden, but there were attempted murders on his work. Shill par excellence David Weiss claimed, "What has Eric Dubay done lately?" He is obviously working with Big Tech and knows Dubay is and has been a leading activist for way longer than Weiss himself. He also knows Big Tech hides Eric's work to give the illusion Eric is idle. At the end of the day, and like Eric points out, we all have to become leaders to advance the truth movement. We know we aren't shills.

lol that's cute Dave, what have you done lately other than promote your crappy app and shit on what is probably one of the best channels in the field, Nathan Oakley's Flat Earth Debate. The absolute gall of this grabbler, publicly saying "we don't watch him" when asked about FED, despite literally employing Nathan to defend bitcoin and evidently continuing to text FED to ask how to beat certain arguments he doesn't understand.

That drama is absolutely unreal. I used to watch Globebusters and the associated channels early in my awakening, but the way they have treated the FED crew, merely for correctly stating they don't have any actual science for their aether claims, is staggering.

Can't watch any of those guys anymore. Eric Dubay and Nathan Oakley & crew crush it consistently. 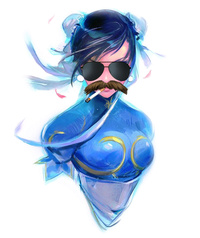