NASA Fails so hard and so often they cannot be taken seriously by earnest truth-seekers.  This band of incessantly lying Freemasons and Nazis have completely deceived the world into believing their astro-nots have landed on the Moon and Mars, that space stations and satellites are constantly suspended in "geosynchronous" orbit with the Earth, an Earth which they claim is a huge spinning ball-planet revolving around the Sun and shooting through infinite space away from a Big Bang creationary sneeze at 670,000,000mph.  NASA has also "confirmed" the existence of 1,000,000,000,000,000,000,000,000 (one septiliion) other ball planets, where many of their Masonic propagandists claim extra-terrestrial alien life MUST exist.  The amount of science-fiction and fantasy peddled by this group of supposed "scientists," and believed as gospel truth by the vast majority of the population, puts all the imaginings of George Lucas and Gene Roddenberry to shame.  Thanks to a bit of rocket technology, Zero G planes, wires, cranes, pools, sound studios and all the lying Freemasons they need, NASA has successfully fooled the entire world out of believing their own eyes and experience, the truth, that Earth is the flat, motionless center of the universe over and around which everything in the heavens revolves.

Watch the following compilation of NASA's fake CGI spinning ball-Earth compared with actual amateur balloon footage from space, showing the Earth to be completely flat and motionless, and NASA to be the most successful liars in history. 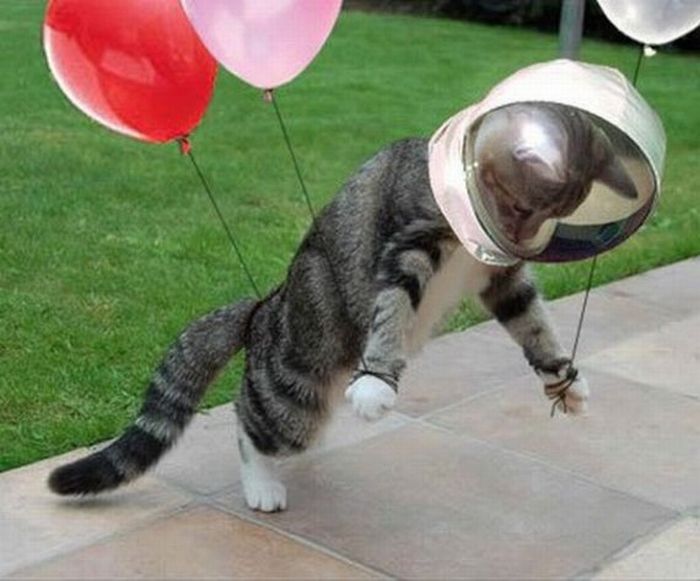 I would like to draw attention to the fact that space travel is not possible by rockets due to the fact that propulsion needs atmosphere, also navigating in near vacuum conditions is not possible as a rocket will wildy spin(not having sufficient atmosphere to stabilise any motion).So what we see is as rockets approach thinner and thinner atmosphere they simply begin to turn and bear down , What goes up must come down . There is no orbit in outer space, only lighter then air vehicles can float in the atmosphere otherwise you need enough propulsion to maintain at least an equal force of thrust to counter the downward bearing force due to mass .And that is why space satellites are also a hoax there is only lighter then air vehicles situated in the atmosphere not space . For more details on how they fake satellites please see: http://ifers.123.st/t52p25-satellite-hoax-satellites-do-not-exist#394 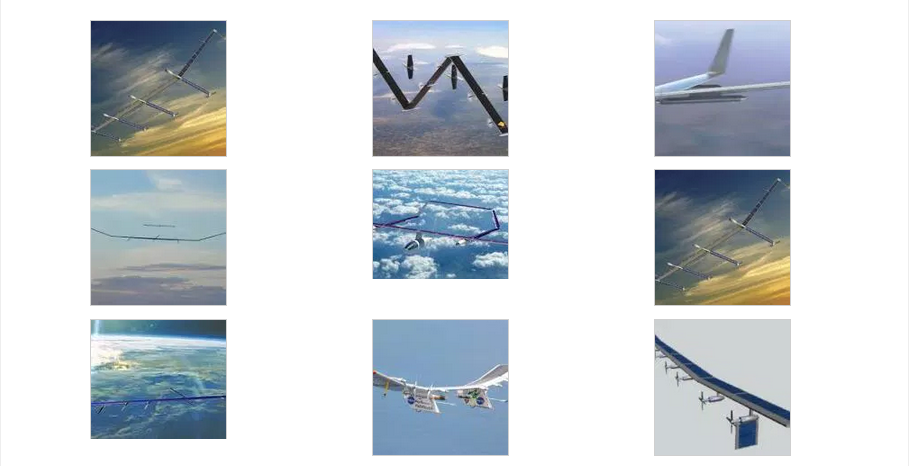 We know Nasa claims they can use rockets in space but considering Nasa reputation as a known dacoit simply faking space travel in order to fleece the unsuspecting people of there govt taxes , who in there right mind would take anything they say as reliable . The following is scientific proof that rockets will not work in space .

Why doesn’t the propellant generate any force, it's expanding, right?
There is something known as “Free Expansion” or the “Joule-Thomson” effect, named after James Prescott Joule and J.J. Thompson two of the founders of the field of Physical Chemistry.
http://www.etomica.org/app/modules/site ... ound2.html
Free Expansion states that when a pressurized gas is exposed to a vacuum the gas expanding into the vacuum without any work being done. The gas is not “pulled” or “sucked” into the vacuum nor is it “pushed” out of the high-pressure container. In other words no work is done, no heat or energy is lost.
This result has been experimentally verified numerous times since its discovery in the 1850’s.
[for example a paper in the Journal of Physical Chemistry from 1902: http://pubs.acs.org/doi/pdf/10.1021/j150043a002] 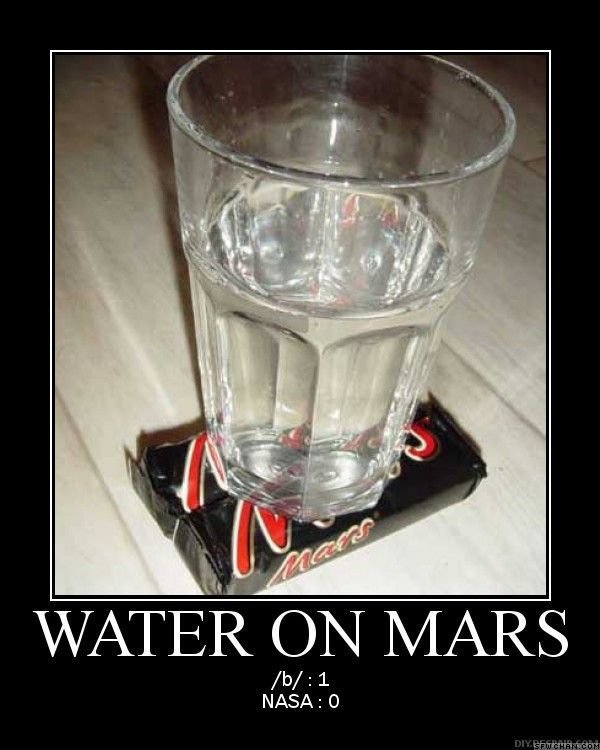 As if Free Expansion wasn’t enough to invalidate the theory of rockets producing a force in a vacuum there is also a result from thermodynamics:
Work = Pressure x Change_in_Volume
that is easily found searching for “W=PV”
http://lsc.ucdavis.edu/~ahart/Alicia2B/Thermo.pdf
If the pressure of a system is 0 then the work done by the expanding gas into that system is 0. Gas expanding in a vacuum doing no work agrees with Free Expansion. This can also be understood as the gas meets no resistance as it exits into the vacuum and thus transfers neither heat nor energy to its surroundings. If the gas loses neither heat nor energy then it has done no work. 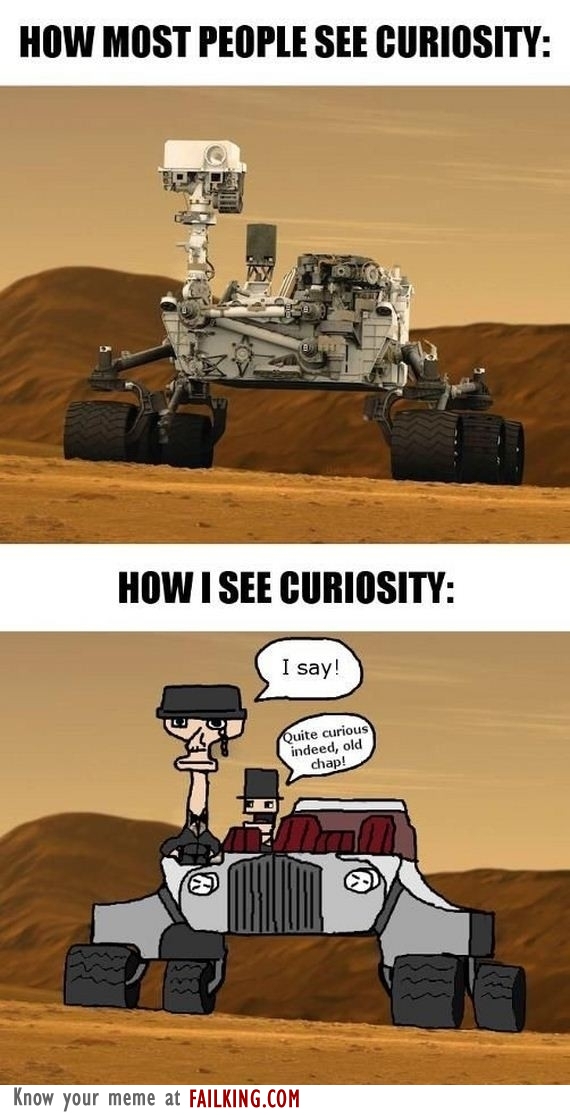 One might argue that a gun creates a recoil effect yet this analogy is not applicable because we are talking about rockets not revolvers.

Short answer: Yes a gun recoils in space. No, the analogy does not apply to rockets.

Longer version: Shooting a gun in space would happen theoretically as follows: pressurized gas accelerates the bullet through the barrel until the bullet leaves the muzzle. At that point the gas that was pushing the bullet escapes without doing any more work i.e. via free expansion. The energy of the bullet (its momentum) travels with the bullet and the gun recoils by principle of conservation of momentum.

The gun analogy does not apply to a NASA-type space rocket as their pressurized gas escapes without doing any work at all. A NASA rocket is a gun without a bullet.

Nasa claims to shoot into outerspace but they are simply nonsense rascals firing blanks. 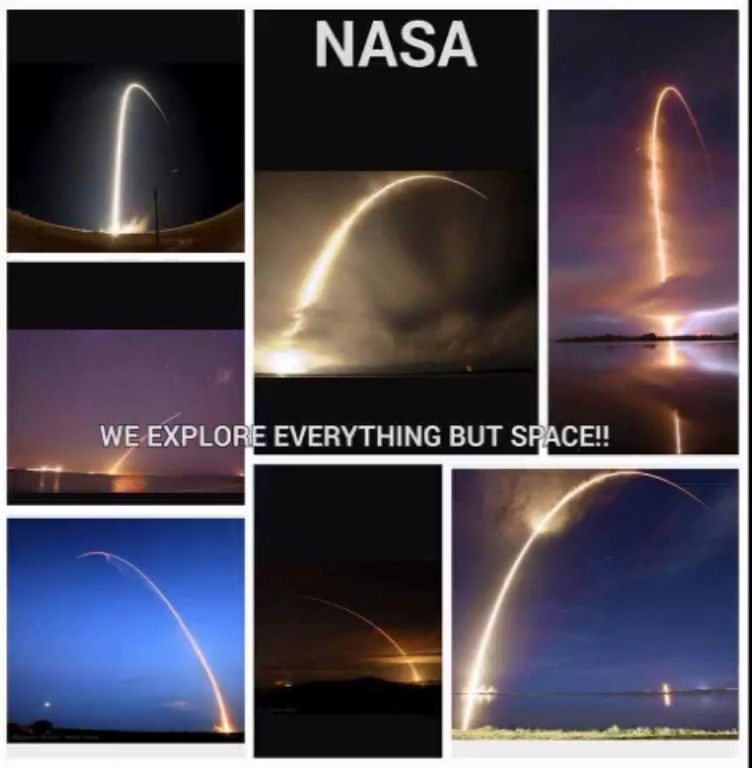 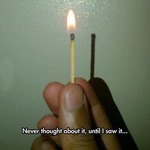 So I've posted this video on youtube : /watch?v=qbbJTUAMpdA
The video explains where I got my footage from, the official "NASA Johnson" channel.
It shows that the footage used on the alleged first "Spacewalk" by "Ed White" ( Who later got killed in an " accident " ) was filmed in Stop-Motion Animation.


Now there is a discussion going on :

Someone in the comments stated that the video was shot in 6 FPS.
If a 6 FPS footage is being played back at 24 FPS ( Normal framerate ), it would play the footage back all jerky. He backed his statement up with a source that shows it was filmed in 6 FPS

Then he says that he found a stabilized video with the " correct " speed.
He found the footage on Space.com and it's called " America's first spacewalk revisited in 1965 nasa archive video "
And that got my attention ! Because the footage that is shown on Space.com indeed looks "smooth".
Does anyone here know where i can find that official footage ??! because I would like to reverse engineer the footage, by figuring out what the exact speed is of playback, and stabilize the footage.

so to the point :

The footage by Space.com shows a smooth motion, played back at 6 FPS ? And does not show any hickups !! which means NASA or Space.com messed with the footage.

If anyone knows where Space.com got their " Original " footage, pleas let me know ! Because that would even create a stronger case 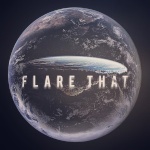 Thanks for sharing my Cady Coleman Fluoride toothpaste swallower video! What a joke.... she is meant to be doing an experiment to study bone decay... more like a hair-spray experiment.!

As far as NASA fails go.... Please check out my investigations into NASA's fake images of the Earth:

My new videos exposing NASA's fake Earth images are now published, here they are along with another video about the Earth Atmosphere... enjoy:

Found this new video on YT and thought I'd share as I thought it was pretty good .

Look at this RTnews: Time-lapse Footage: Amazing space shots capture ‘Southern Lights’ Its really amazing, that people can be so stupid, time laps with human shadow from 22 sec. on space .station external wall, and shadow moves without time laps.

the international geophysical year was dreamed up in van allen's suburban dc home over his wife's chocolate cake...

...the igy gave us sputnick and explorer 1 and the antarctic treaty. the van allen belts were a built-in excuse not to go back to the moon. the hustle is basic but brazen.

here's james with his buddies bill and werner celebrating the launch of van allen's special geiger counters in explorer 1 in an army propaganda video...

here's some music by donald fagen about the igy. eisenhower launched the igy calling it "one of the greatest scientific adventures of our time"- i don't have to explain on this forum the depths of eisenhower's deceit.

geiger counters are also a joke on us by the way...

I remember having crib (lunch) at work in the late 90s early 2000s? Opening the newspaper and seeing these amazing pics of the big bang. And I'm thinking "how can they take photos of something that happened billions of years ago, this aint right is it?" Looking back I realise now that it was another trick to reinforce a godless random explosion out of nothing that created us. The last few years I have checked out the hubble pics again with a critical mind and they are clearly paintings. Notice the horses? 4 horses of the apocalypse I guess. Notice the demon faces and other crap they paint? Clearly they are employing great artists and giving these blokes plenty of leeway to create what they want and pass it off as real pics. Good job nasa you lying pieces of shit.

Jun 11, 2015 19:17:57 GMT 7 russ said:
This is just a general question to anyone reading these posts. Before I became a flat earther, I always assumed that the astronauts that claimed to be on the moon were simply in earths orbit during the fake event. Now that I am a flat earther however, does anyone have an opinion on where they were hiding these astronauts during the fake moon landing? Perhaps they never even left the launching pad and later pushed out of a cargo plane in their little capsule? I know there is no way to know for sure but just curious if anyone had thoughts on this...... 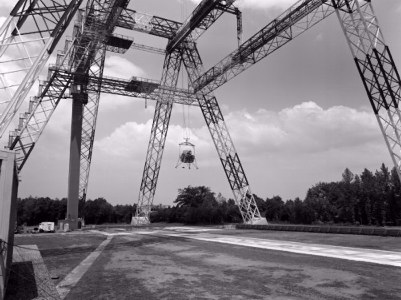 The production schedule likely included the Nevada Desert, Disney Studios and a bunch of other locations.

For all we know, they could have been sipping pina colada's on the beach in Hawaii while the pre-recoded footage rolled.

Brilliant clip Lizardking, some fairly damning evidence there.
Journalists should home in on Bruce Lightyear at this tender age since you never really know what he will reveal next.


Wednesday he posted a picture on his web page taken during a flight with the comment,


"I'm flying over AZ and it looks like Mars. Maybe with a bit too much atmosphere though." 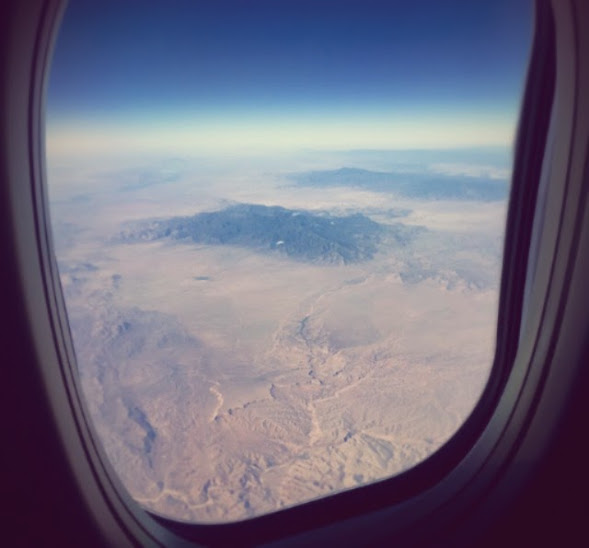 As with manufacturing, space hocus pocus will be outsourced to China.

There is some interesting info presented here that's new to me about the early Russian space programme at the beginning of the vid , apparently Yuri Gagarin wasn't the first man they sent up there.

He's a photographer and he does an excellent analysis of the official NASA photos and needless to say here,  NASA don't come out smelling of roses, hadn't seen this guy before and he doesn't seem to know about the flat earth ......yet

So Yuri Gagarin was the tenth Russian Actornot eh.
Marcus Allen has the good oil and he's a cool character for easy listening.

Sure everyone has looked at this image a hundred times already.
However, this thread needs a chunky picture of the LEM for posterity.

This junk wouldn't do 70 mph strapped to the back of a lorry without pieces flying off, never mind 17,000 mph! 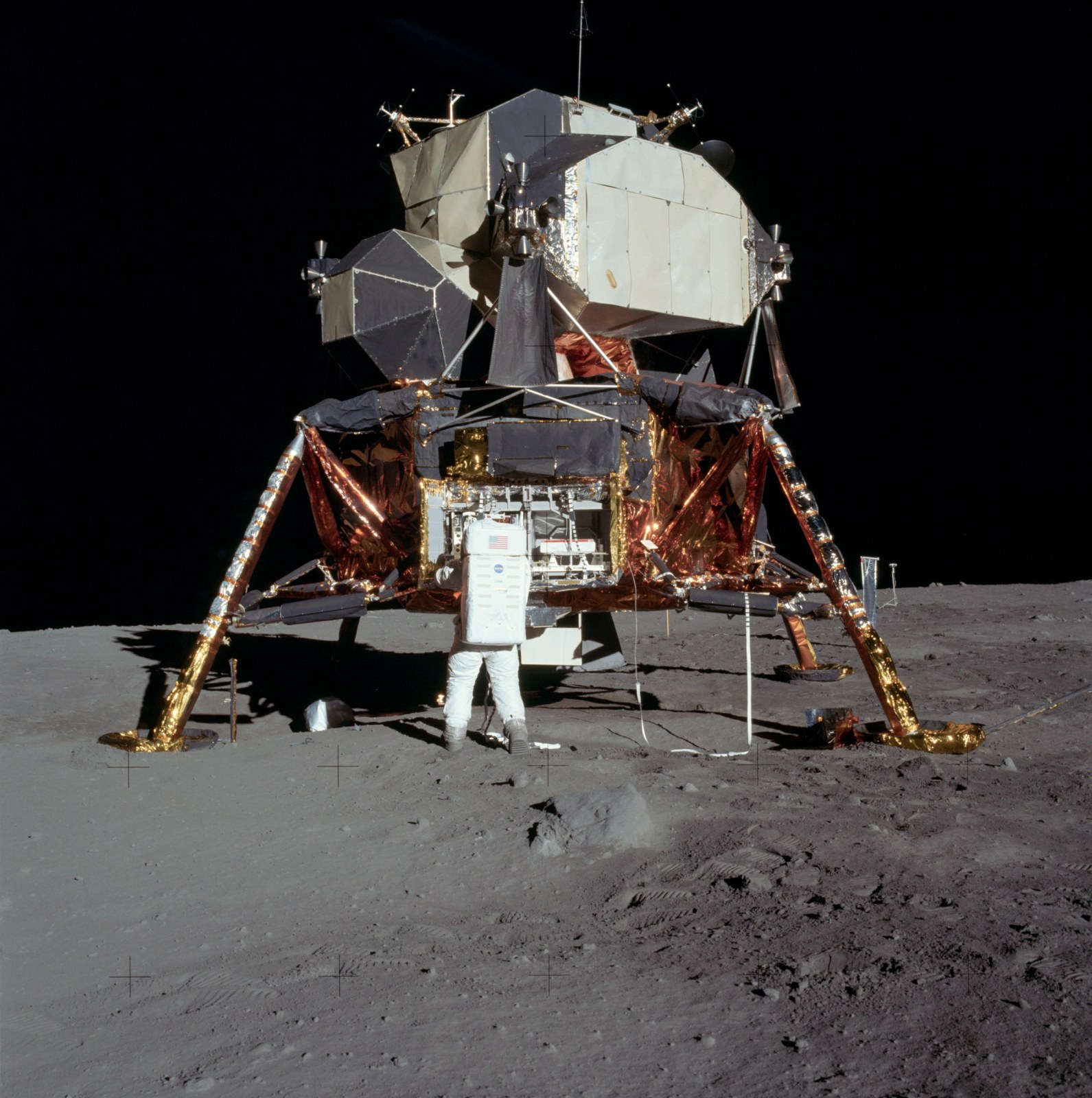 Sure everyone has looked at this image a hundred times already.

However, this thread needs a chunky picture of the LEM for posterity.

This junk wouldn't do 70 mph strapped to the back of a lorry without pieces flying off, never mind 17,000 mph!

Spot on.
Think that was pretty much what the Apollo 1 astronauts said after multiple failed attempts and difficulties getting the radio working between 2 buildings.

Jun 11, 2015 19:14:10 GMT vortexpuppy said:
Spot on.
Think that was pretty much what the Apollo 1 astronauts said after multiple failed attempts and difficulties getting the radio working between 2 buildings.

Yeah right, you seem to be referring to Gus Grissom among others.

They are engineers and would be well aware of the potential capabilities (or lack thereof) of the equipment. 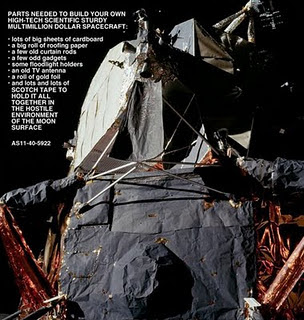 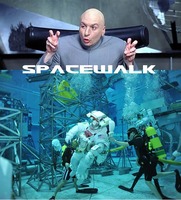