The following video examines the Geocentric Flat Earth beliefs of ancient cultures such as the Mayans, Navahoes, and Dogons, sacred texts such as the Indian Vedas, Christian Bible and Muslim Koran, and mysterious maps such as Mercator's North polar projection and assorted Babylonian, Korean and medieval European wheel maps.  In this video I also present evidence that Atlantis, the fabled lost city/continent, is actually a description of the flat Earth before the biblical flood.

Atlantis and the Great Deluge:  http://www.atlanteanconspiracy.com/2008/07/atlantis-and-deluge.html

The Manipulation of Ancient History:  http://www.atlanteanconspiracy.com/2008/06/elite-manipulation-of-ancient-history.html

The first half of the compilation is taken from Richard L. Thompson's "Mysteries of the Sacred Universe," also thanks to Rory Cooper, JHenningKellogia, Sid Downman, The Rationalizer, "Naked Science - Atlantis," and "Atlantis, The Lost Continent."

For thousands of years before the heliocentric spinning ball-Earth was conceived, Vedic wisdom from the world's most ancient texts long-purported a geocentric flat-Earth cosmology in which the immaterial internal worlds of consciousness are given equal consideration, and credited with the creation of the external material world itself.  For more information on our flat Earth visit The International Flat Earth Research Society:  http://ifers.123.st

Ancient Buddhist, Vedic and Jain traditional cosmologies state that at the North Pole magnetic center of the Earth is a mountain of magnetite called Mount Meru.  The Puranic and Sumerian traditions also spoke of this “Mount Sumeru.”  In Ancient Iran they spoke of Mount Hara Berezaiti with a celestial spring on its highest peak in the realm of the stars.  In ancient Chinese writings there is Mount Khun-Lun with a bronze Pillar of Heaven at the summit where the immortals dwell.  The Turkmen tribes of Southern Turkestan speak of a copper pillar that marks the “naval of the Earth.”  The Mongols wrote of Mount Sumber or Sumer with the Zambu tree on its summit.  The Buryats of Siberia talk of Mount Sumur with the North pole star fastened to its summit.  The Egyptians wrote of the “Mound of the First Time” which was the first land to appear from the Waters and is the dwelling place of the High God, the source of light.  The Muslims write of Qaf and Zoroastrians of Sogdiana wrote of Girnagar the world encircling mountains.  The Navajos spoke of “encircled mountain” which was surrounded by four directional mountains.  The Dogon tribe of Nigeria spoke of a cosmic pillar spanning 14 worlds which is the “roof-post of the house of the high god Amma.”  The ancient Greek mythology tells of Mount Olympus the Home of the gods.  The ancient German told of “Irminsul” a universal column which sustains everything.  The Norse Edda spoke of Asgard, the burgh of the gods rising in the center of Midgard, the circular earth.  The 14th century writings Inventio Fortunata by Nicholas de Linna and The Itinerium of Jacobus Cnoyen mention the magnetic mountain being so powerful that it pulled the nails right out of explorer’s boats!  The encircling whirlpool and four directional rivers surrounding the mountain were said to change every 6 hours causing the tides, comparing them to the “breath of God” at the “naval of the Earth,” inhaling and exhaling the great seas.  Even Gerhard Mercator, of the Mercator projection map we still use today, back in 1569 made a detailed map of the North Pole showing an Iron Mountain at the middle called “Mount Rupes Nigra” at the North Pole with four rivers extending outwards at right angles.  Are we being lied to about what really exists at the magnetic North Pole?

I thought about opening another thread but I think this is about the same. The historical perspective we can draw from the old cosmology. In particular we can focus on the so-called DOME or celestial dome, and its intrinsic relationship with the so-called WORLD TREE, picked up in the myths Hyperboreans, in Nordic culture. The Tree of Paradise, Joshua Tree, which grows from the earth's magnetic center at the North Pole. The YGGD.RA.SIL. There is a direct relationship between early life force creative and life-giving force of the SUN (secondary force).

THE TREE comes from the POLE of the UNIVERSE, or just the NORTH POLE, EARTH MAGNETIC FIELD
and it's known the shape (toroidal) like an APPLE. The DOME conceived as an umbrella or electromagnetic shield. 
So here we have parallel concepts in various mythologies or genesis, is The Tree of Life, which grows strong from the center.

The concept of DOME, or CELESTIAL COVER, we have it in Egyptian history, as GEB and NUT (GEB obviously leads to GEBER, GAVRIL, GO.BE.REL, or just Archangel GABRIEL).

Just think about the Old Egyptian (Coptic) Tradition, as the particle SHU refers to ascend. Just like the ancient secrets they knew, or the so-called SHEM-SHU-HOR, that shows again a sort of stars or LEO-PARD chasuble. The idea, it's similar to this.

The black spotted robe of the emperors. Think about this concept, at the end, our psychological individuality comes to the original and singular sourcing force.

AS ONE MIND (Behive Mind), as properly the jesuit pope says usually......the MIRACLE OF ONE BEING.


We can find the DOME, over Christian Tradition Within the STAR'S ROBE.

It's so protective as the MYTH of the Wolf LUPERCA and the genesis of ROME with the geminii Romulo & Remo.......Obviously it's all archatypical tradition and symbolism.

What do you see?

TWO protected under the DOME.

The real ethymology of GUA-DA-LUPE (Lupe=Wolf=Luperca), is a sort of that, WHO-SHE-PROTECT-US from the (upper) waters......
As GUA or WA (like WAshington), has a link in old arabic with waters.

Is ever the same as we watch in the right direction, is all in the myths, is all in the ancient tradition, is all
in the STARS and fixed CONSTELLATIONS that describes the history of humankind, it's writen up in the stars.

Of course, masonic symbolism is not out of the game......as you will ever see THREE PILLARS Holding the WORLD. (SUN, MOON and upper what it's called in the Sephira as the primal source KETHER (K.ETHER), usually related to the star Sirius (AND VERY CLOSE TO THE DARK RIFT). 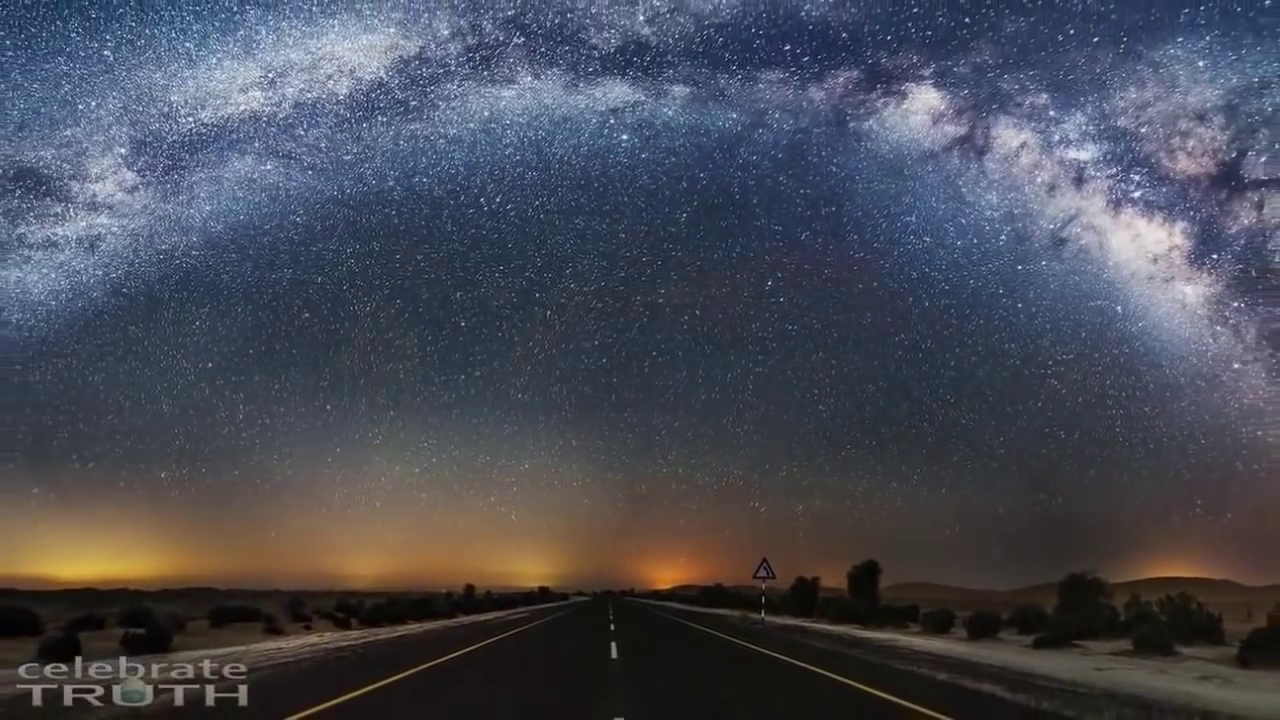 Think about DARK RIFT as an enormous cosmic hole, when the life comes.......
Think about why the sky it's called MILKY WAY.

If we look at Masonic symbolism, we find the arc in the sky (Ark of the Covenant), perfectly described. And that is a solar reflection of the celestial dome. 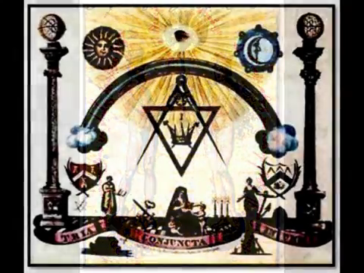 If we analyze the symbolism of 9/11 will see how the two towers are falling bras or supports the sky (Perhaps anticipating an end of cycle), the two Solomonic columns or teddy bears at the North Pole. 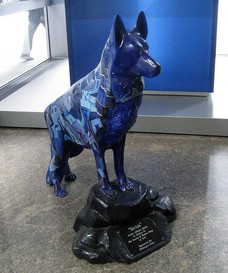 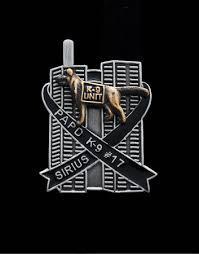 And this is so because the universal magnetic center is the North Pole, encrypts 77. So we always see 7 star in the symbolism of arcsine MASONIC, or 7 colors of the rainbow, or 7 magnetic centers of a person, or the fact that we same are 70% water or there are 7 oceans, and 70% of the Earth is water .......

The two teddy bears holding up (BEARS BEARING) the sky, constellations of major and minor URsa (with its reflection on Sirius, Canis Major and Canis Minor), they are made up of seven stars, like major cities with golden geometry (Rome, Istanbul or Washington in the Meridian 77ºWest). 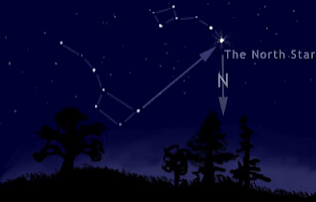 At the North Pole is the mythical mountain of Mary (Meru), famous worldwide topónimous (several along Mount Meru all the earth plane). There know if there is a real mountain (T.Mann Magic Mountain), or a mere archetypical description, because the truth is that there is no convincing evidence expeditions to the North Pole. 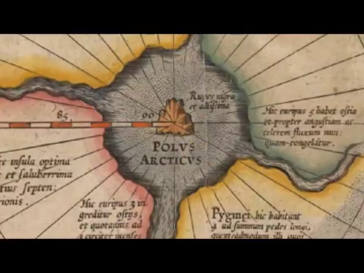 There are explorations past 90 degrees North Latitude and little else.

My idea is that magnetic center is a pillar of light, very powerful. 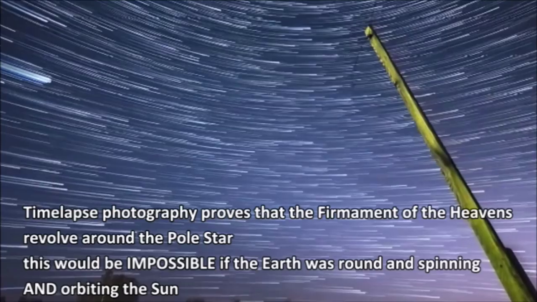 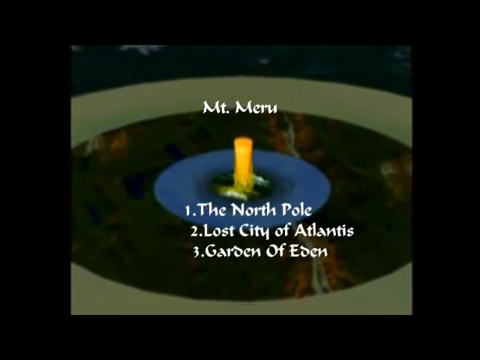 In fact we have such an idea of ​​what we call pillar of light again in religious iconography.
None of this is coincidence. The PILLAR or celestial pole where it begins and ends. And support of the celestial dome. 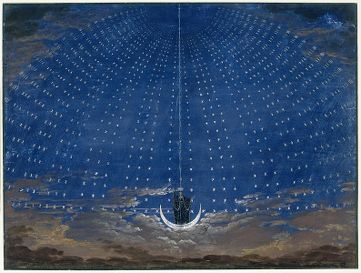 Around which everything revolves or AXIS Mundii 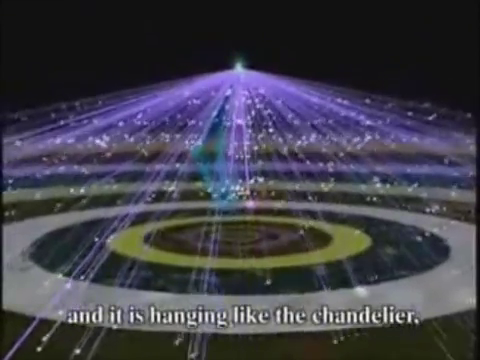 Perfectly staged in Celtic and Nordic culture, the world tree. 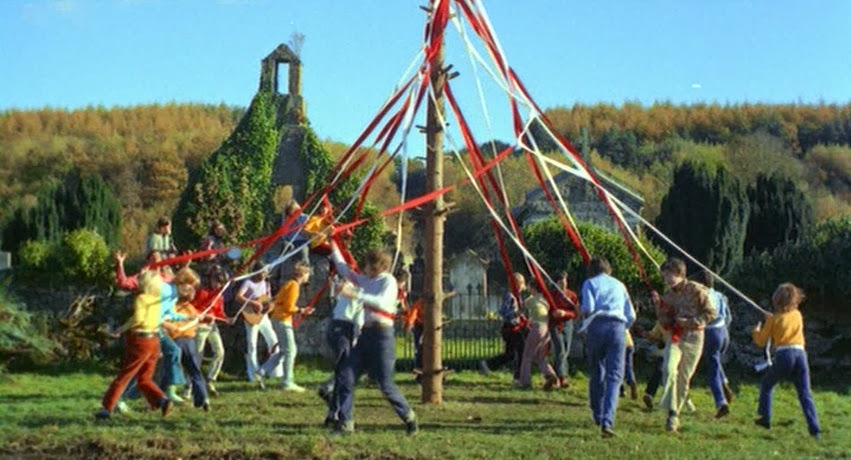 The "apple" of paradise or toroidal electromagnetic shield.

Electric_Toroidal Flat Earth & the 'Prince of the Power of the Aether'

What Do you See? UN Hall, a Pillar with the flat earth map, a celestial dome above. 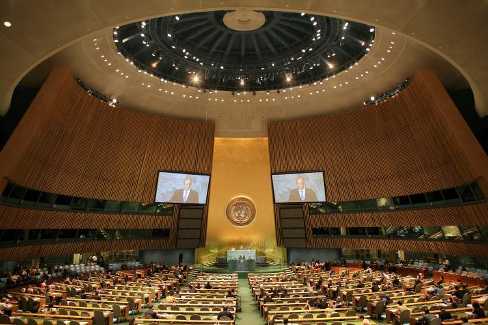 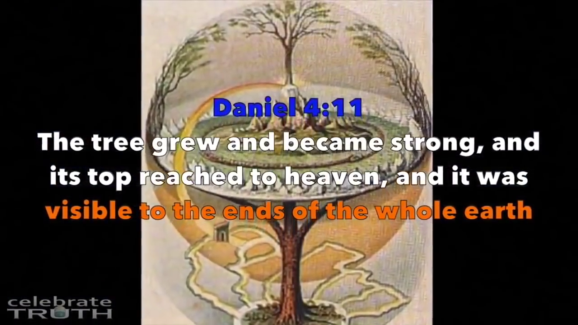 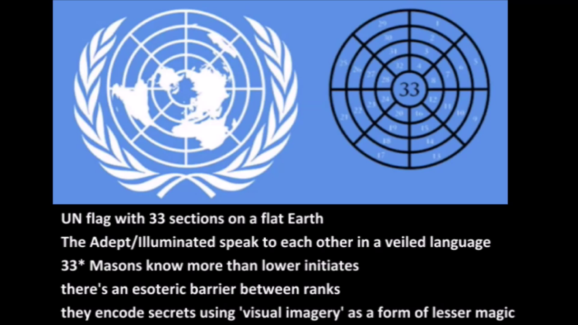 Take into account, the masonic three pillars, has the "allseeingeye" above of all, as Sirius it's supposed
to have a special relationship with the dome. A sort of energetic primary source, that probably explain the myth
of the snake (serpent gods) in the tree of the paradise, as the electromagnetic dome maybe it takes this
force or has a straight relationship with Sirius (and by the way Orion, as Keops KHU-FU shows).

Khu or HOO, it relates the NORTH CELESTIAL WIND.

This explains the idea of original sin.

Maybe the "snake" has another fact, as builder of the apple (toroidal shield). 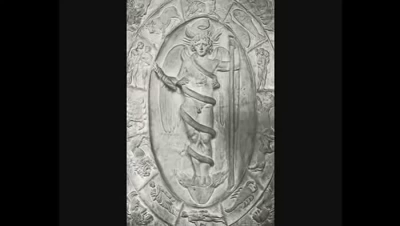 In the ancient symbolism, kings doesn't shows a ball (spheric world), but ever a kind of stick, vara, caduceo......
Only the POPE of vatican has kept this........

Or some countries in South-America 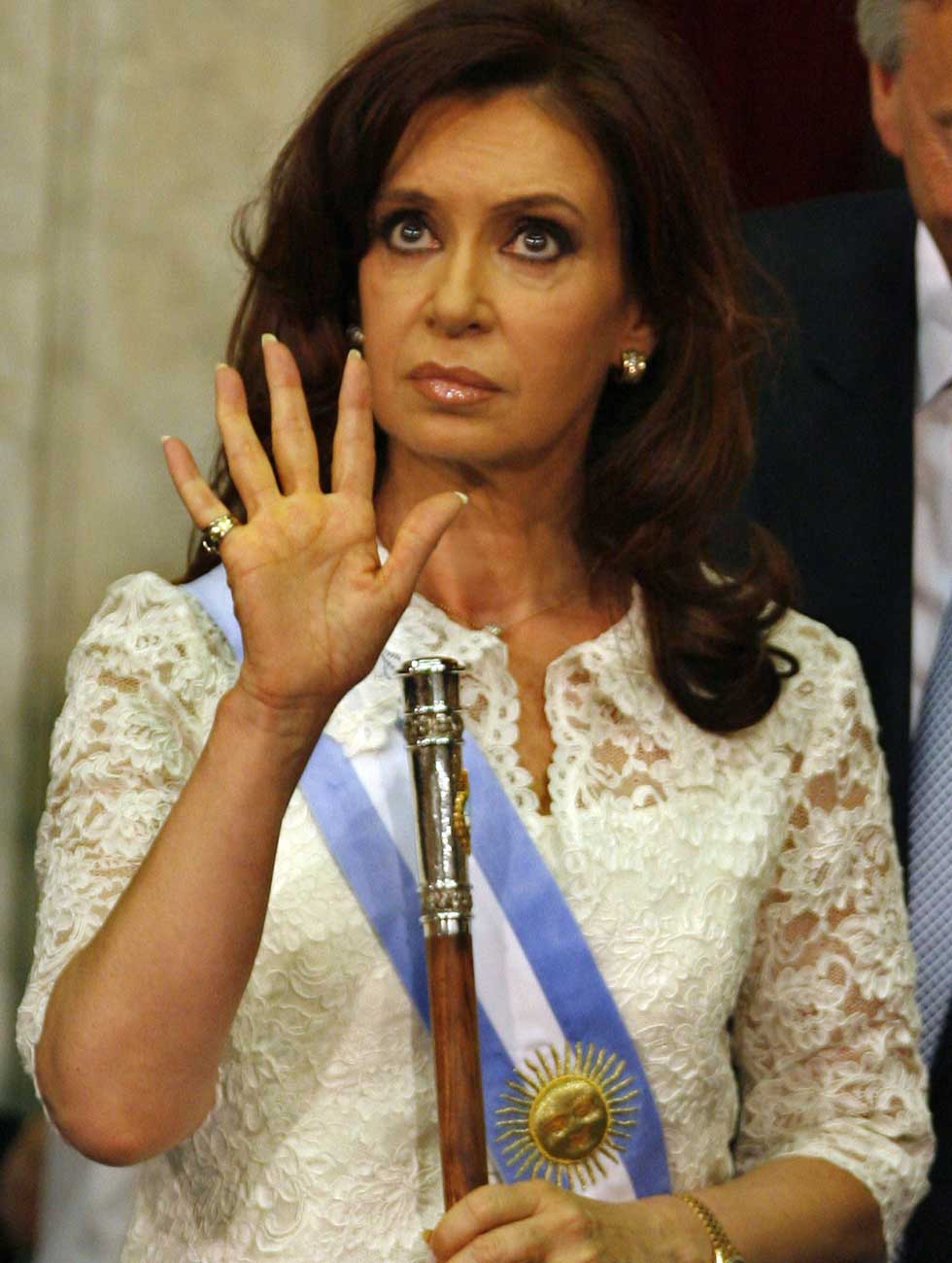 It's called baton, caduceus, etc, etc......
Or just the PILLAR, or TREE that keeps "the apple"


I don't know if this video is real.......but it's really interesting. Stars appears to be cristals in the sky
vibrating some different frequencies, usually (with the naked eye), red or blue colours are predominant.

A sort of energy, I don't know where is pointing it. 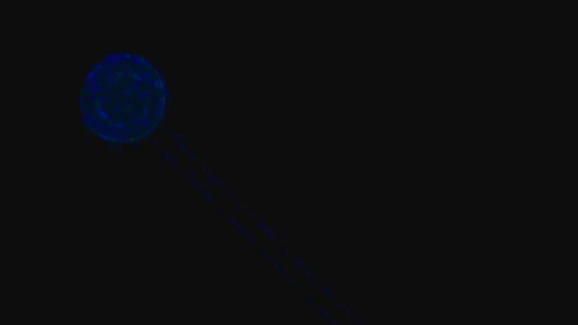 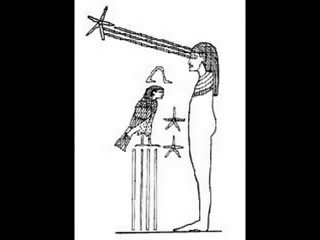 All this rings true. When I ran the Flat Earth by my autistic nephew who, though lacking in social skills is highly intelligent and intuitive he had only one reply: "I think the Earth is a Torus."

Nikola Tesla found that the more he discovered about electromagnetism, the more he had to use Vedantic terms like, Brahma and Atman to describe it, as did Bohr, Heisenberg and Schrödinger who regularly read Vedic texts. Heisenberg stated, “Quantum theory will not look ridiculous to people who have read Vedanta.” Vedanta is the conclusion of Vedic thought.

Tesla understood the great power of Zero Point Field or Akasha or Ether: the power of space between the electrons and the nucleus. Vivekananda’s effect on Tesla was so great that he became vegetarian, became celibate and started using Sanskrit words. He died with his scalar energy science in his head, because he did NOT want the US military to use it to destroy the world. No wonder he was denied the Nobel prize and eventually killed. Knowledge is power, and there are many people that want all the power for themselves. Tesla wanted to give power to everyone for free!