According to his wikipedia page: Dolby is member No. 00001 of the current incarnation of the Flat Earth Society. (Verified here: www.theflatearthsociety.org/forum/index.php?topic=33875.0)

"The Earth can be any shape you want it"

..."and maybe why FOR ME the Earth is flat" - my personal favorite from Mark's R Agent's catch phrase manual. Is this an intentional connection between the two?

Whats really interesting is he is the guy who also brought us this:


Thomas Dolby - She Blinded Me With Science from Mad Hatter on Vimeo.

Dolby tells us he's been blinded by science as he sets himself up for a lifetime playing the mad scientist and then he tells us he believes the earth is flat. (As a side note the guy barking "Science!" throughout is a figure also worth looking into: en.m.wikipedia.org/wiki/Magnus_Pyke who wrote 'The Science Myth').

One of his album covers even has a photo of Dolby on a stage during a production of Bertholt Brecht's "Galileo". (https://en.m.wikipedia.org/wiki/The_Golden_Age_of_Wireless )

He likes to play all sides with songs and album titles like: 'Weightless', 'Aliens Ate My Buick', 'May the Cube Be With You', 'Astronauts & Heretics', 'A Map of the Floating City' and even did a tour called 'The Invisible Lighthouse' (!):

And just to add more confusion to it all he teams up with our favorite astronaught Buzz Lightyear:


Overall an interesting character that is used at least in some small way to promote all this silliness. Though in all fairnesswe did get this masterpiece out of the whole deal:

Wow, they are really just rubbing it in peoples faces with the Buzz Aldrin appearance.
_________________
All about Shillaphobia

I saw Buzz at the Windows 2000 launch at FAU in Boca Raton. He stated how lucky we were to have the computers that we had and went on to explain how they used their computer to navigate to and from the moon. He stated they computer they had was 64k and displayed I believe 8 characters on a digital LCD screen readout. He went on to state that Houston would send them a character code that they had no idea what it meant and had what he said was a book larger than the largest phone book to find the code that was sent to them and then enter in the corresponding code back to Houston. At the time I was a left brained logic whore and ate it up. He also stated the most remarkable feature of the moon was how super fine all the moon dust was (which differs highly from the China moon missions that show that it is very rocky).

Now that I think about it the time it would have taken if these guys were instant in their finding and re-entering this code would be 3 seconds, travelling at their supposed speeds this would be anywhere from 50- 500 miles off course at any one time. Now then take into effect the randomness and possibly 3-60 seconds of finding and re-entering the code, the mission would be laughably impossible based on the speeds they would have never had an accurate position to or from Houston or the vehicle.

Does it get anymore ironic than this???

FES reposting Eric's video?? I had a good laugh. Maybe you guys saw this already, still thought it was worth it.

I remember this flamboyant clown as I used to be a big Old Grey Whistle Test fan. It's fair to say, he seemed a bit out of place among the other performers. 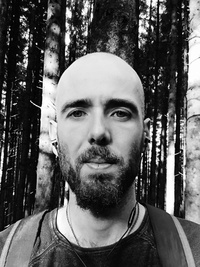