same comment i added to your crappy video ya poopypants

"Well It pretty much sums me up, thanks for the video.
I look like I was trying to find out if you were the PSYCHO EX who was making shit videos about Eric in that inbox conversation, because I already saw stupid videos about him..
Then immediately after you you didnt want to be my friend . I even helped you try to get astrology lol
This only makes you look crazier. You need help.
I asked Eric right away after that whole convo (which i forgot how that convo went so thanks for the reminder video)
and he told me that you were doing this to a lot of women and his family too!
Sad creature, Sandra.
I am honest about who I am. No fake accounts, yup, I collect garbage, I lived in that shitty trailer too for a year and made thee most amazing hugelkulture garden there with paths all around it, with only a shovel and some help from Bradley.
ANyways, nice try but you are nuts.


heres my second comment on the vid
( after i made food for everyone,ate something and got my new rollerskates!!! woohoo , cant wait to do some rollerskating hacks

but i would need to login to facebook and go through all my old messages to Eric from last year, because i sent them all to him to show him.

After you blocked me( but look closely in thoe messages with me, you will see i already do not trust you or like you right away which is why you felt uncomfortable and said i was strange..))

anyways, right after that, that is when you started making tons of fake accounts and then posting the meme of me saying I want to be Fkd by Eric. ( as you can see in IFERS thread)

That is why all the comments you have here in this video are ME replying to YOU on my fb wall.. thats why Eric was liking them.
Because you were coming to attack me with that meme and I was defending myself and making fun of how persistent you are at stalking him and anyone who talks to him.

Every time you attacked me on my facebook with the meme of me saying that, I messaged Eric and told my boyfriend about it too and my family and friends.. (the people who are awesome and all on my fb because I know them a bit, not just random people i add because of FE)

You did it on all my public photos. Left that meme of me and on Erics photos you left screenshots too ^ LOL just like an obsessed stalker would do.
and going through my FB extensively, to try n bring me down is the definition of stalker, Sandra, remember, we covered this already in IFERS thread.

I couldve made a video about you but you are right in your video that I dont give a shit about your channel or work so ?
and I never mentioned it or brought it up because I only like astrology..And Erics channel is my FAVE still because we have a lot in common.

All the replies you have in this video from people agreeing with you, and me saying things about you.. are in response to you attacking me with that meme! lol omg

Same reason I went to your youtube and said you can try to bully me all you want..(because you KEPT coming to attack me like you still do now ^^because you think astrology is stupid and you are mad you blew things with Ifers and mad when women talk to ERic

Raffa Rosaria< Richard Brumby< those are two of your fake accounts that showed up to mysteriously on my fb public photos to say I was fkd and agree with you while my friends were laughing at you.

Anyways,,lols,, I was just showing this to a friend and they were laughing with me..
but I will look though the inbox of me and Eric from last year and read all our old messages n get them , later,
after our solsTice party *
Anyone can look at this video and your behaviour and clearly see who the stalker is.
seriously.﻿

I’m sure Eric is just loving having all of his personal business on the internet like this...

ikr.
i was kind of being a smart ass saying i will go through all the old msgs because im prob not going to go get those screenshots, Its so obvious that she is just nuts.
I just really cant get how she is so fkd up and Eric is so amazing, and it would be kind of fun to see what we were saying about it all back then..lol
but I know that is what is pissing her off the most,That I am here at all. so I say stuff like that too sometimes( i have scorp moon)
I am diagnosing her with very hard astrological moon aspects.

I will make this my final comment because wtf is the point. case solved <3 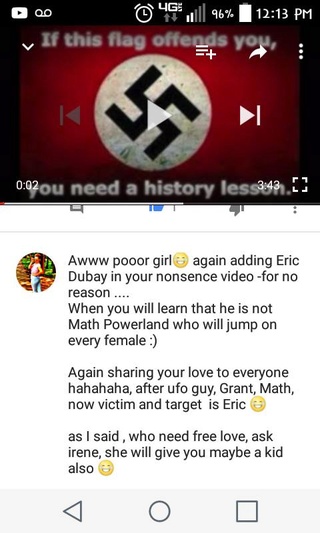 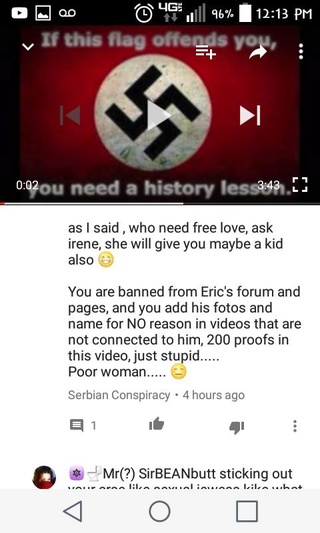 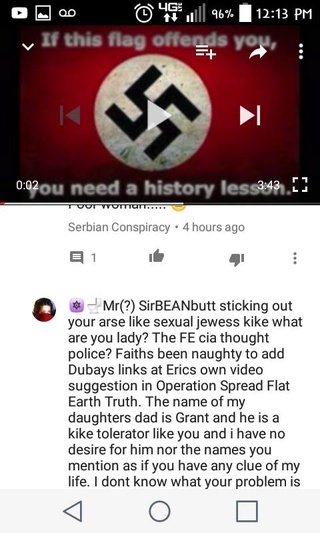 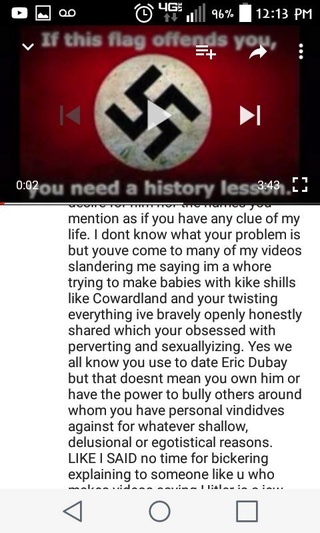 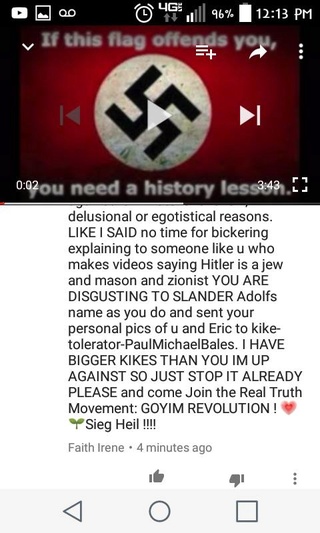 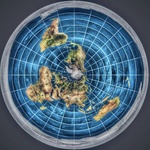 TerrestrialJones Thanks for posting it.

It was more then year ago,in 2016, Irene Faith is ex of Math Powerland, who after he left her, she turned on Dubay's side,  and when Matt got married she made exposing video of Matt Powerland that you shared here,saying she is hero only because she exposed your enemy.
Opposite someone else is stalker.

Irene Faith has one kid with Holiwood guy who was already married in Japan with a japanese woman and had a kid there, and he left Irene and went in Japan, he says because she cheated him with Math Powerland and brought him in house that he was paying while he was on work few days while she denied it.
She made bunch of videos exposing that Holiwood guy.

She also comes on my channel to attack me and for Hitler too.

Irene is single mother of 3 kids and point of my meme for Mary is proven.
Same victime that Dubay is using. . Irene also made some nonsense of videos for Dubay about Hitler as Mary Moon.
So you see the matrix and the type.


And noone of you didn't mentioned all this before, even Dubay, why he didn't said it year ago?

But now when I made videos that south has 17 hours of Sun in december,
and when Jake used my research?
What about Aurora Australis, South cross, Transparent moon? No Lets not talk about it, But find some my old comment from years ago and boom-make AE map good, that will be proof!

my opinion about Hitler you can see on channel.

So all this section is just proof that you are not any truth seekers, but trolls. 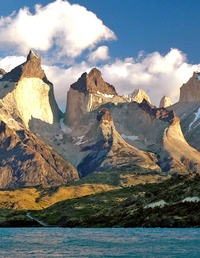 The point is you're a STALKER who goes to people's pages/channels and insults them for the mere FACT they like/respect Eric and happen to be female. You are an envious little thing that cannot accept you ain't part of his life no more. You say the most vile things to people who have no interest in you or your pathetic life. It aint them who make first contact rather it's ALWAYS you who stalks them and then opens fire on their turf. Peace

My video where i exposed sick Mary and all her sick lies, and all first page of this lying section is taken down for harassment. Will upload on new channel. link will be on Serbian Conspiracy Moon you tube channel on last video in comment.
here is link : https://pewtube.com/user/flower/F7yGZy3

1. Ali Dohadwala, Terestrial Jones, I left Dubay you forgot that small detail!
Ali comment you posted is proof that Irene was obssesed when I wrote her few words and she answered me with huge letter.

And then later on same post YOU ALI DOHADWALA-TerrestrialJones- come and said that I was right and that she was mocking fe by adding flat earth name in video where she talked about some stupid things and after you talked to Dubay.
Same Irene was banned from forum and you went there to defend her, because you was hitting on her loser. I have all those comments where you said- that you would spent night with her and many others. I have all comments saved.
I have material for that video too but I dont have time.

So Eric starting a personal war against me who knows a lot about you personally, it bad only for you Eric

Im not important in movement, I can be stalker who cares, you was, you spread most important work, half debunked but you steel dont want to admit it. My work that I have on my channel is supported by facts.

as I will be banned right away im taking a prinscreen and Im not coming on  psycho forum where bunch of trolls are spreading lies.

Fact that Eric know that Mary Monn lied AL what she said, and all first page of this forum about me is debunked and they reported video but not removed proven lies about me is proof that Eric is NO truth seeker or he surrounded him self with liars who are giving him lies that can be easily debunked.

Mary was asked to show messages from me she didnt posted anything.

If I make video about Eric personally as I didn't said anything about it till now, he will cry.

You still MISSING THE POINT, stalker ain't no one on here finna talk to you! Begone STALKER, BEGONE!