This is a conspiracy theory video on CERN, but what really caught my attention is at 8:20 they make all this illumicrazy ceremony with Stephen "puppet?" halking talking and music to it and look what the guy says at 8:30!

Posted by chakraoflight on 07/06/2015
Jul 5, 2015 9:52:54 GMT Admin said:
These assholes are certainly planning dastardly events, and probably encoding them in their creations too.

We only need look to their 'hidden in plain sight' codes at the London 2012 Olympics 'ceremony' (ritual is more apt) to know that they are indeed planning "dastardly events"
which we (as flat earthers) would understand but virtually all of the viewing public would not.

First of all take a look at this:

Notice what it says under 'collision' - "and became a large replica of the Large Hadron Collider; Stephen Hawking reappearing explained that the collider can change our perceptions of the world just like the Games themselves."

Now here is something I'm sure will greatly interest you Eric:

Take a look at the ritual itself at (3:30:10) in which we see.. The breaking of the glass ceiling, with the words "Break that glass ceiling, and set us all free!"

Posted by seven1 on 09/13/2015
In 2011 CERN researcher Lisa Randall wrote the book "Knocking on Heavens Door: How Physics and Scientific Thinking Illuminate the Universe and the Modern World".

We don't need to even read past the title and it should raise some eyebrows in this community, and I'm sure it's just a coincidence that "illuminate" is in the title.
_________________
All about Shillaphobia

There will be no end to the funding required to promote the Religion of Theoretical Physics.
_________________
All about Shillaphobia So I wonder who peer reviewed this scierntific claim . Its official we saw a dot on a tv screen which has conveniently all the data that matches the predictions concerning the bosun higgs gravity particle . So the only people who can confirm the validity of cerns claims are other theoretical particle physicists  all taught the same doctrine of speculative forces based on mass attracting mass or gravity.Brilliant we have come far from the falling apple and its magical magnetic like plummet to the ground which sprouted the all purpose glue it together cosmos of gods replacement "Gravity" all hail the new god glue magically holding the fake globe propaganda together as its spinning out to the four corners of the universe.

Well they used the static background magic of the radio to define our existence yes the power is yours switch on your destiny and tune in to the most advanced scientific materialistic atheistic mundane sound the cause of creation the big bang static in the radio lol.Now they have there hadron particle accelerator  collider on tv . I couldnt find there video link so the following is a reproduction of the test process and results .

No No No cern has nothing to do with the globe and maintaining gravity we dont need to prove that everybody can check our regular photoshopped pictures from outerspace or cgi composites, but just in case you demand solid evidence then you should know gravity is no longer a theory but a new standard . According to cern , that my friends is the real conspiracy just like the moon landing and satellites hoaxs, people may cotton on to those, but as long as no one is interested in exploring new frontiers beyond the masonic bullshit globe veil they sucessfully indoctrinate through the hoax propaganda! then how will we truly expand our consciousness to include the real plane the spiritual plane of a divine cosmos!.Not an easy prospect unless your a kung fu ifers specialist cutting deeper beyond the superficial hoax deep into the deeper spinning ball sham .

I haven't looked at the videos here, so maybe it is covered in one of those, but here of course is Cern's official logo, with all kinds of 6's going on: 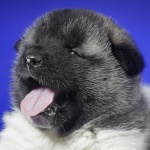 A fake ritual killing filmed in a courtyard at Cern, the Geneva particle physics research complex, has prompted an investigation. A spokeswoman suggested users of the facility had ‘let their humour go too far’ and warned of the potential for ‘misunderstandings about the scientific nature of our research’

I think this removes any doubt that those at CERN are occultists. I wouldn't even be surprised if this were not even a 'mock' sacrifice, we all know they are psychopaths.

I don't buy into any of the CERN rubbish, especially the so called 'Mandela effect',
Typical 'smoke & mirrors' to reinforce that Physicists are these omnipotent-like, super intelligent people unlocking the secrets of the Universe.
As for the 'Mandela Effect', that is just a psyop to gauge how mind-controlled the masses really are.
The 'Ice Bucket Challenge', 'Planking', 'Creepy-Clown', 'Selfies', and all these other 'fads' that explode out of nowhere on to Social Media are merely litmus tests to see how many people are so well conditioned they play along and get involved on Social Media.

CERN, much like NASA is just a distraction, it's sole aim is to perpetuate the lies and deceit whilst creaming-off a few billion pounds a year.

I feel I should expand on my previous post, as currently it is merely a subjective opinion.
There is no doubt there are numerous occultists references in those CERN videos, that is undeniable, but I believe these occult references have been planted purposely to distract and draw people in to occultist research.

You see this happening with rappers and hip-hop artists, they release a song and a video with some occult imagery and before you know it their Youtube video has over 2 million views as it is re-posted around all the conspiracy blogs and websites.
This is simple marketing 101, they are implanting these references for maximum exposure knowing full well the 'conspiracy theorists' will lap it up thinking they have exposed it.

Of course I may well be wrong, the symbols and occult references are indeed everywhere but I feel they are being used to obfuscate.
You have 'researchers' analyzing Films, TV Shows, Music Videos and Interviews frame-by-frame looking for a 6 or a pyramid or the ubiquitous checkerboard masonic pattern.

I am not CON CERNed