Flat Earth Advanced Lecture: 'The Secrets Of The Dome'

IFERS - Exposing the 'Global' Conspiracy From Atlantis to Zion :: Arctic, Antarctic and Beyond the Ice Wall

I found the original article particularly interesting especially the reference to the mountain holding up the heaven in the chinese mythology and the fight with the dragon. This I believe to be one and the same mountains as mt meru which i also believe to be at this point to be the petrified and magnetized tree stump of the great tree of life as well. I think it quite possible that a great war occurred between human beings and another race around 6000 years ago and that the vast majority of our ancient texts were written some time after this event some of them maybe inspired by those who pretended to be Gods. The oldest trees on our plane are around 6000 years old. If you go back to around 6000 years ago the ruins from that time show many interesting technologies. I have no idea about the history prior to this event but it must have been extensive and humans must have been much different at that time. The ancient texts we have however were written by their confused descendents. I think that is why some of them show a large tree some show a magnetic mountain. There were some cultures after the event that didnt realize the great tree had been destroyed others that didnt even realize it was once a tree. This tree i think was a very link with our great mother earth and when that was destroyed all communication with the world around us was severed except verbal species to species communication. It is like going from two dimensional to one dimensional creatures in an instant. Now what is really interesting is what the bible says sits at the foot of the great tree of life.

"I don't see proof for anything flying above 120,000 feet (36,576 m)" That does ask a good question have they been able to penetrate the rift? I dont think they would tell us the truth if they did.

I am not attacking the messenger, however, that very Encyclopedia story was based on what Freemasons claim to have explored.  The Dome being used to entice Christians, just has Hand symbols and other symbology found today in the Media and Entertainment Industry are specially done on behalf of the Christians.

The reason for me staying out of the flat Earth mainstream was because those promoting it, prior to Eric Dubay, were indoctrinated into the State Sponsored Religions called Atheist and Theist: IN GOD WE TRUST, CITIZEN, RESIDENT, PERSON, INDIVIDUAL; see FICTION.

What GOD are Atheist and Theist indoctrinated to trust?

Now, we have the indoctrinated claiming that their favorite form of religion discloses the flat Earth in the copyrighted book they purchased to worship. These same people also make claims that RAINBOWS and other Phenomena are the result of having a dome over our religious heads.  There is no end to the bullshit that the indoctrinated will invent to promote their religion.  It won't be long from now when you will see those practicing Spaceball Earth to simply switch over to the flat Earth and continue to promote Space (Big Bang).

State Sponsored Religion + flat Earth is exactly what the Controlled Opposition is promoting, and if you state "I am promoting Space or Heaven but I am not part of the Controlled Opposition"; I must beg to differ with you, for your very indoctrination requires you to except either Atheist or Theist for your base of worship, making you little more than a Useful Idiot.

So what's this all about?  The New World Order is all about combining both Heaven and Space; we see this most in those who call themselves Theist yet except fake Space stories. GODSPEED

On the Emergence of Physical-World from The Ultimate-Reality

“Subsequent studies with large particle accelerators have now led us to understand that space is more like a piece of window glass than ideal Newtonian emptiness. It is filled with 'stuff' that is normally transparent but can be made visible by hitting it sufficiently hard to knock out a part. The modern concept of the vacuum of space, confirmed every day by experiment, is a „relativistic ether‟. But we do not call it this because it is taboo.”[1].”

revealeddreams wrote:Hi guys.  I came across references to these strange blue stones found in Sierra Leone.

They are called "Sky Stones" and "Stone of Heaven" by the local people. Laboratory testing dates them to 12,000 BC which starts ringing bells for me. Could these stones be pieces of the dome which somehow "broke off" and fell to earth long ago? Here are some articles about the stones - well worth reading.

the one answer i saw to this query was too ham-fisted - not very thoughtful. carbon dating is indeed problematic with many limitations, and interwoven with too many scientific flaws and even fantasies. however, it is more accurate at longer time horizons, and in this case could be a lead.

The idea that we don't know if the dome exists is also unhelpful. i believe that it does exist, and a number of videos and essays have been posted here to substantiate it, and do so better than theories that it does not exist. The natives may well be correct. More evidence would be required to draw firm conclusions, but there is no reason to dismiss it out of hand as one of the respondents did.

not quite, bud. etymology for theory. theos is not the same as theoros.
https://www.etymonline.com/search?q=theory

1590s, "conception, mental scheme," from Late Latin theoria (Jerome), from Greek theōria "contemplation, speculation; a looking at, viewing; a sight, show, spectacle, things looked at," from theōrein "to consider, speculate, look at," from theōros "spectator," from thea "a view" (see theater) + horan "to see," which is possibly from PIE root *wer- (3) "to perceive." 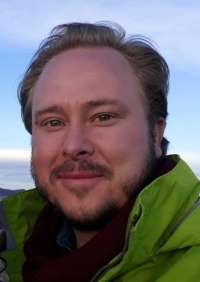 Regarding the Tunguska event...

Is it possible that Nikola Tesla had some involvement in the Tunguska event in 1908?
Just an inquiry to the specific event, and not about the great rift events.
I found this... don't know how factual it is though... always room for debate if a valid one... 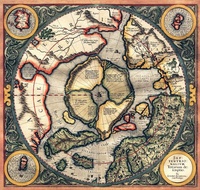 I'm now convinced quantum mechanics and relativity were a deliberate distraction created by the elite to steer us from the true nature of reality. Tesla was getting too close to the truth. In reality everything is electricity, magnetism and EM radiation and our job is to fill in the gaps.

Wisdom1 wrote:I found the original article particularly interesting especially the reference to the mountain holding up the heaven in the chinese mythology and the fight with the dragon.

And the story of Atlas, he is holding up the sky too not the ball earth which is how it's always shown in media

The Dome in the 1958 Encyclopedia Britannica

Not sure if this is already in here somewhere by check this out:

Radiowaves broadcasted into the atmosphere rebound off the area of 'space' called the ionosphere.

I'm not convinced with their explanation of it being the result of 'free ions and electrons', as radiowaves have only been observed to bounce off physical objects.

Thus a physical dome would explain this.


Couple other things come to mind;

Hydrogen is the known lightest element to exist. Considering that all matter finds its relative density and mass (which is why things rise and fall), if we ascend high enough, we reach a point where only hydrogen particles exist.

Temperature decreases with ascension. Thus it would eventually reach to hydrogen's freezing point, and solidify the hydrogen particles.

Entirely speculative, mind you. There's no way to know for sure without getting up high enough to take readings.


If there are no other sources of heat and light beyond the parameter of Antarctica's Ice Wall, and you continued south, eventually the temperatures would drop to the point where the air itself becomes a frozen wall. Would be shrouded in darkness too, Id imagine.

Again , speculation. Probably difficult to do if that were the case, since youre dealing with temperatures and pressures beyond the means to survive (or allow any functioning machinery / tech to work).

Similar topics
» Flat Earth and the dome in the Bible
» Promoting Flat Earth
» Operation: Spread Flat Earth Truth
» The Earth Plane (Flat Earth Children's Book)
» Experiments We All Can Do

IFERS - Exposing the 'Global' Conspiracy From Atlantis to Zion :: Arctic, Antarctic and Beyond the Ice Wall