Once an Albatross leaves it's nest it stays at sea most of its life.

When they plot their findings and monitor their migration pattern supposedly around Antarctica it looks something like this. 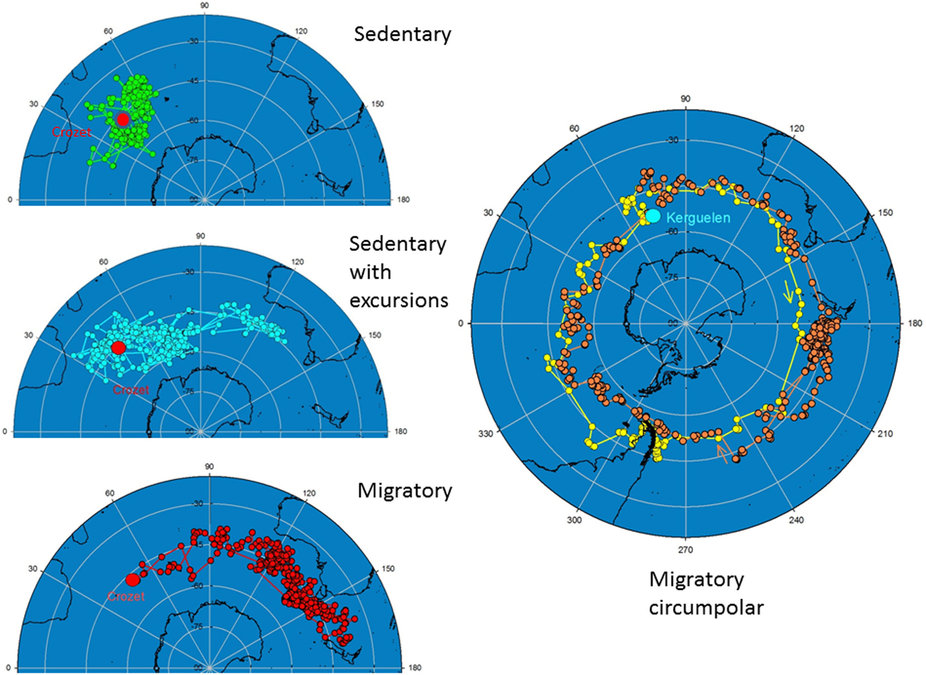 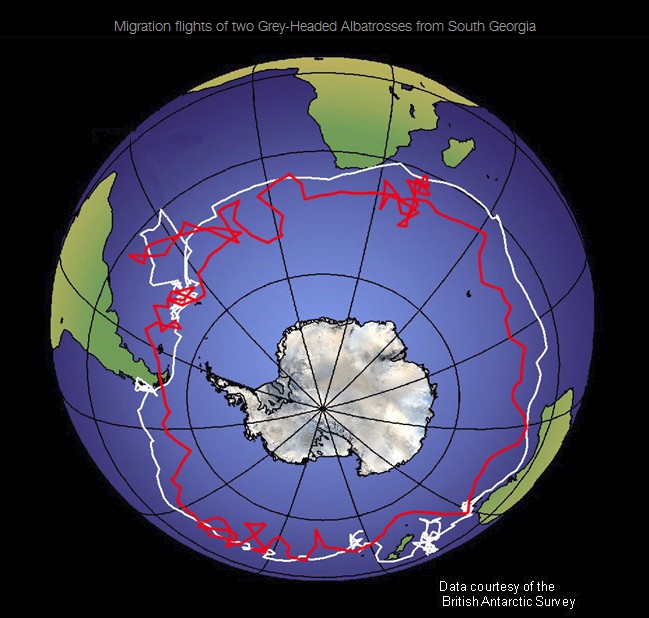 So, I took these findings and plotted them the best I could in Google Earth to find the measurement data to compare on the supposed ball earth to prove that the findings don't match.

This is a video detailing my research and my conclusion to show that the Albatross migration does span much further than the supposed distance that would be on a ball earth.

The conclusion is that on a flat earth model the Albatross migration path matches much closer proving that the ball model fails.

Excuse my french, but great fucking work - loving your videos too QA, very short, sharp, informative and to the point!

Nice how the real data matches what we would expect with the flat earth.

I also spent some time looking at bird fly-ways and the migrant paths of whales, turtles, dolphins and their Orca cousins. These divergent specie all possess magnetite in their skulls (as do we). The fact that mammals, birds, reptiles and fish, all divergent species, have this same magnetite 'trick' that points us north and never south is never discussed.
How do evolutionary divergent specie maintain the same magic trick? A trick that points us to our only pole. Surely one species would navigate using the other pole? Surely? Find one. Unless there's no top, no bottom. Just a centre that they go to and out from.
Without fail specie migration in the 21st century is still described as 'magical' or as a 'sixth sense' that uses the 'top' of the world and the 'bottom' of the world as some mystical force when it is patently obvious they are all using the magnetic 'middle' to navigate. Not the top. Not the bottom. There is not one bird or mammal that goes around the 'bottom' of the earth. We've tagged them and they all turn and head back to north (centre) without ever going beyond a 'south pole'.
They hoped the Arctic Tern would do it. Pole to pole. It didn't. It got so far and turned back. The one bird that had taken them decades to tag and track just turned around and went to 'north' or the centre which it was always using without ever crossing the south pole to go home.
artic tern

The Arctic tern follows the false Google earth 'S' continent pattern. If you plot it on an azimuth projection it goes north to south and back again on the same plane following the coasts and turns around before it reaches the south pole. Why doesn't it just keep going south and over and get back to Greenland that way instead of turning around? Google it. Not one bird migration fly-way goes over the south pole to lessen their journey which is precious to them to survive. Over millions of years not one of them has adapted to fly over the pole to shorten their route home. They fly like it doesn't exist. Just like their metal brothers. Migrant mammals and fish do the same. They're not birds but not one of them goes around the Antarctic pole to navigate. Only ever north of it. Because it's not there. They go to the centre and come out again and return as the season suits. They all ignore the south pole.
_________________
All about Shillaphobia

When they plot their findings and monitor their migration pattern supposedly around Antarctica it looks something like this.

Thank you for posting this research and making the vid.

Isn't it curious that the migratory pattern seems to follow what would be the edge of the ice on flat earth model?

If we have the coordinates, we could map the pattern on the flat earth and I'm sure it will show the birds following the edge of the ice wall.

I wanted to add some info on the Antarctic Cup Race. The valid race area is from 60 South to 900 miles north of that line. It does not enter the Antarctic Treaty Zone. And, if you consider a Flat Earth, the distance traveled in the race would actually be shorter the farther north you run. On the globe model, it would appear that it is better to run as close to 60 South as possible. In reality, some combination of winds and northerness is the winning formula.

Does anybody have a good link for that video? It's no longer working.

Hi all, wasn't able to find the video at the bottom of this post. Can anyone help me?