This serves as a research compilation of Nikon's long history of symbiotic relations with Nasa. I will also provide information on the origin of the fish eye lens, sometimes called "the whole sky lens". I intend to prove that Nasa and Nikon are in bed together for more than just profit motives, but may be exercising a classic Hegelian Dialectic Divide and Conquer technique for the foreseen resurgence of the Stationary Plane/Globe debate. 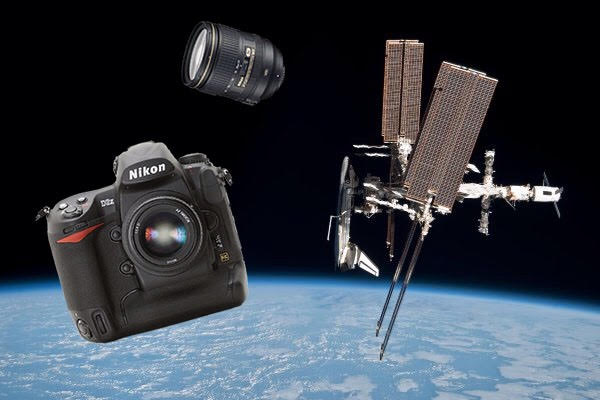 Nikon gets its name from Nikon the seventh Patriarch of the Russian Orthodox Church who served his term from 1652-1666. He is predominantly known for introducing many unpopular reforms in the church which led to a lasting schizm. One of these reforms which was to forbid the the construction of "Tent-Like" churches. He even went as far as to have old uncanonical churches demolished. 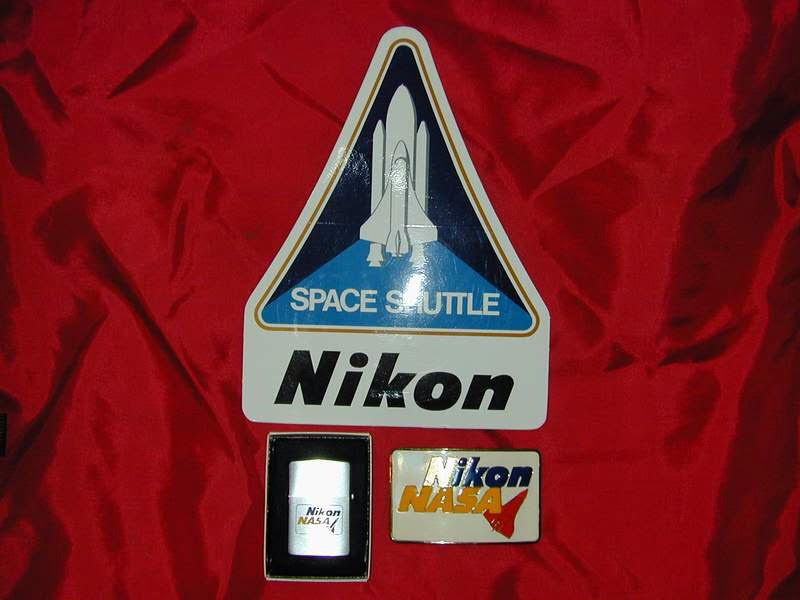 The Nikkor brand was introduced to the west by 1933 and starting in 1959 they released the Nikon F Series, which went on to be the most widely used camera by the U.S. Space Program. It is in the realm of possibilities to conclude that Apollo 11's iconic image was captured with aforementioned camera. The F Series also has the same lens mounting ring as every other Nikon camera ever made, and is the only SLR mounting system to be over 50 years old. 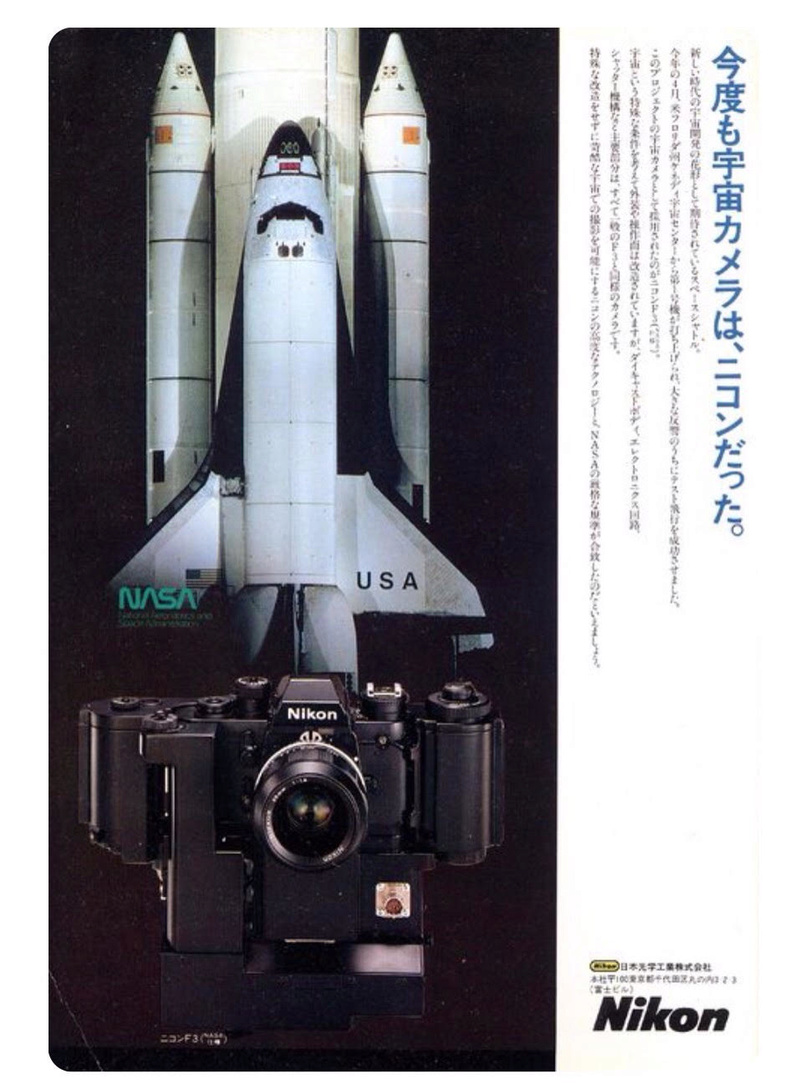 Recently in 2017 Nikon/Nasa secured a contract with Nasa/Nikon for fifty-three D5 digital SLR cameras, to the tune of $344,338.35. This was just one of many shady dealings between the two companies. Below is a photo of the D5, one may find a vector symbol in its design. You will find that Nikon's product development team has always had a certain vectorial persuasion. 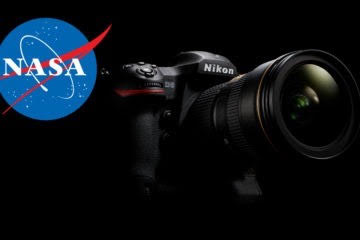 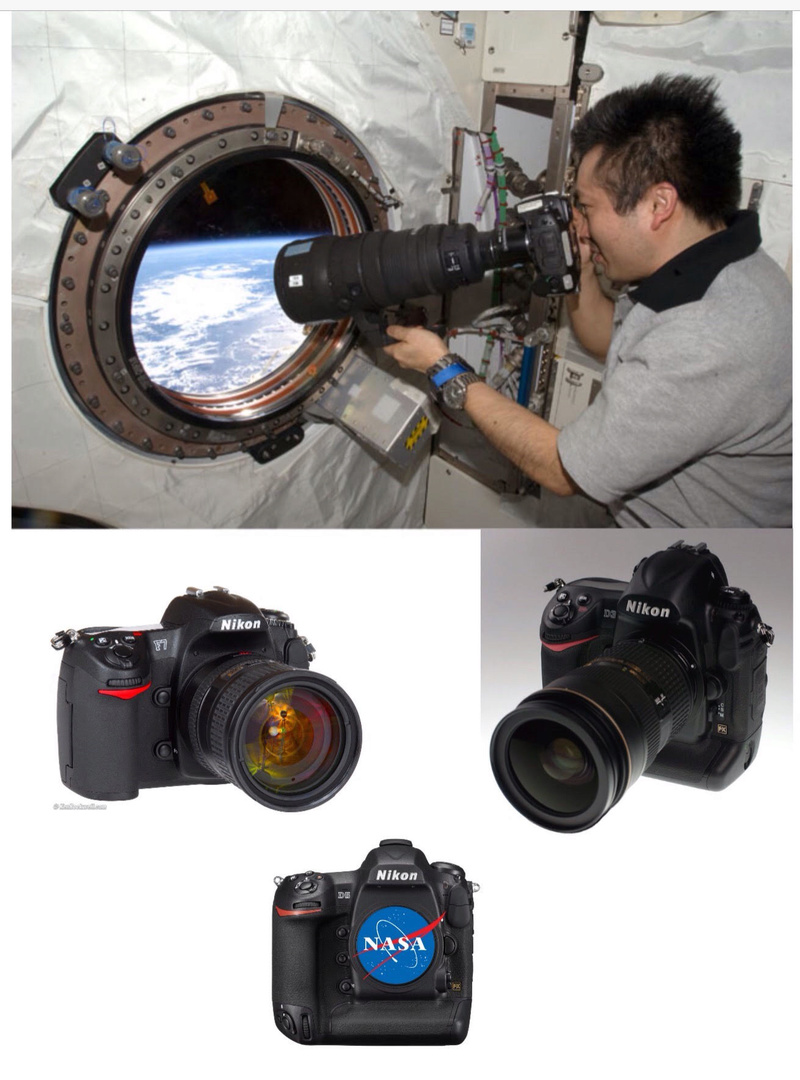 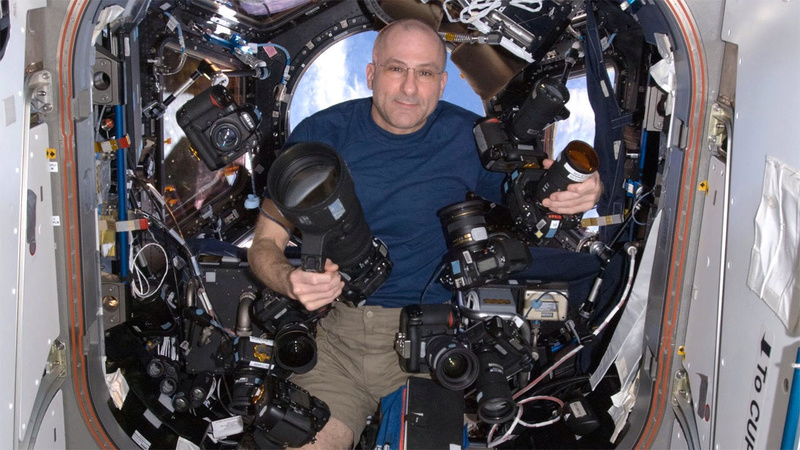 Nikon is the first company to mass produce the fish eye lens. The $160,000 Nikkor 6mm f/2.8 is a rare fish eye lens first introduced to the masses in 1970, just after a similar lens was used aboard Apollo 11. The lens was supposedly designed for an expedition to Antarctica. Another interesting rare camera lens is the $25,000 Nikkor 13mm f/5.6 which apparently has an uncanny ability to snap a photo with absolutely NO distortion. So "when shooting a horizon, the horizon line stays perfectly straight." 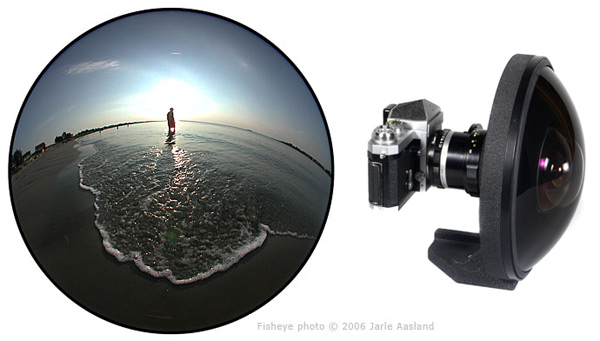 American author and inventor of tear gas, Robert Williams Wood, was the one to first coin the term "fish eye" back in 1906. Wood also wrote two science fiction novels. In his first novel "The Man Who Rocked the Earth" (1915) he accurately depicted what an atomic explosion would look like 30 years before the first bomb tests were supposedly carried out! In his second novel "The Moon-Maker" (1958) he accurately depicted what interplanetary space travel would be like 20 years before Star Wars came out! Robert W. Wood was awarded the Frederick Ives Medal for his work in camera optics in 1933. The moon crater "Wood" is named after him.

From Wikipedia:
"An 8 mm fisheye lens, also made by Nikon, has proven useful for scientific purposes because of its equidistant (equiangular) projection, in which distance along the radius of the circular image is proportional to zenith angle."
As a side note, at the time of writing it can be seen on https://en.wikipedia.org/wiki/Fisheye_lens under the section "See Also" the azimuthal equidistant projection is the first link. 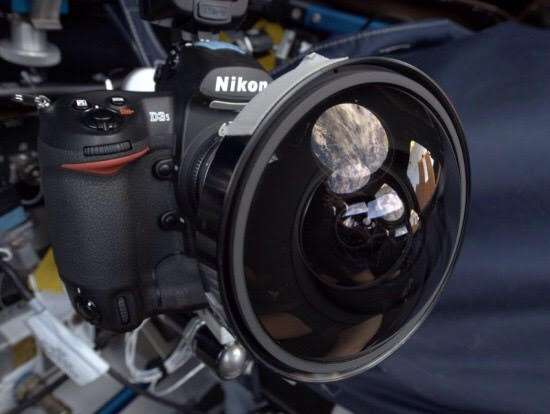 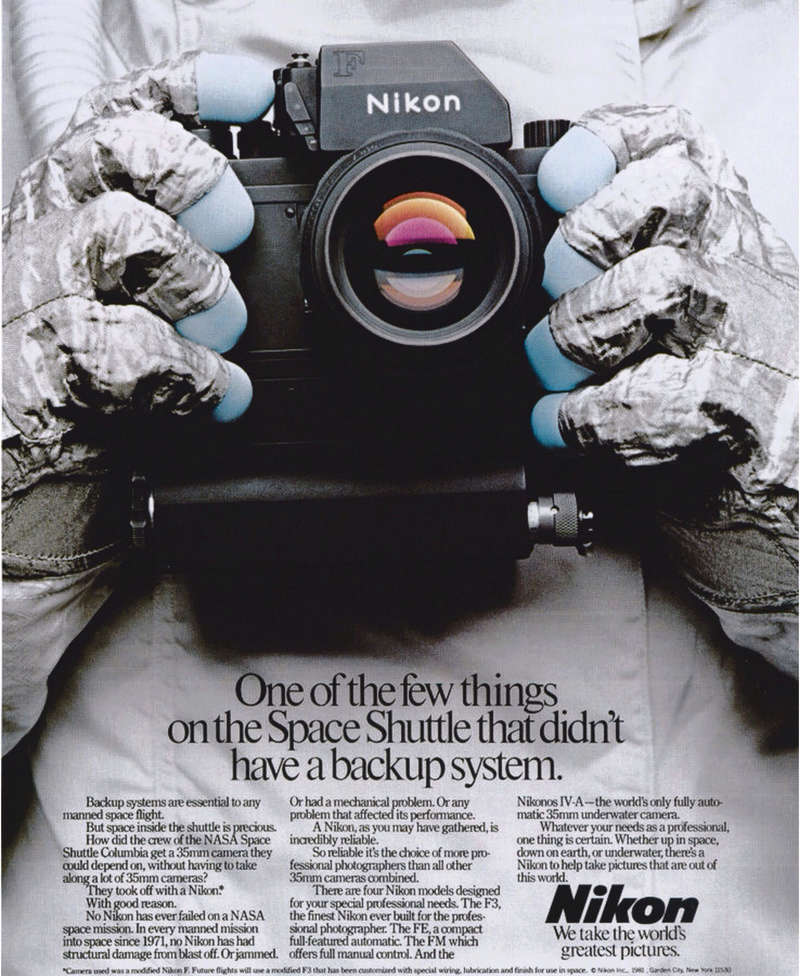 I propose that, for reasons that can be considered speculatively, Nikons release of the P900 is either a blatant turncoat maneuver away from Nasa (unlikely) or in an effort to further separate the flat truth minority from the globe and further divide us from the globe earth majority. This is a photo of the P900, a camera released exactly 20 years after the Illuminati card game predictions. (Notice NO VECTOR!) 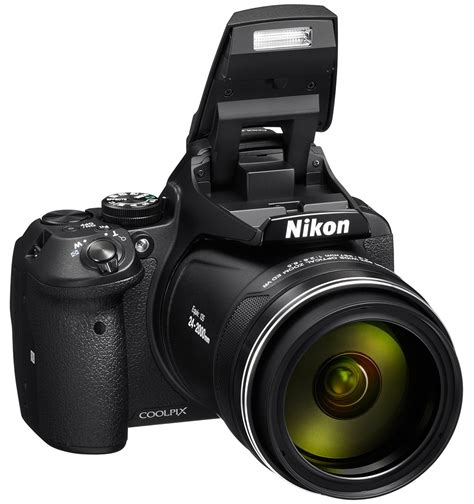 Great post Real Dragons, thank you for sharing all those informations.

At Polish airport in Wroclaw, recently we had exposition promoting fake space-balls and also Nikon was involved. 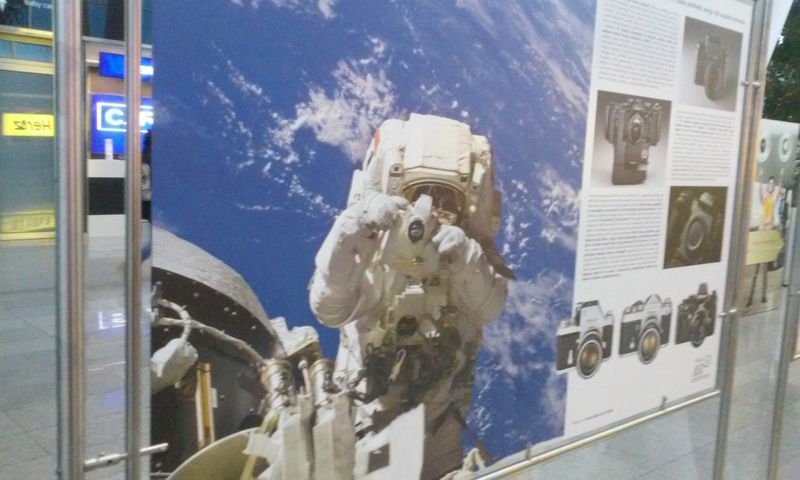 Me and my friend, decided to add something to it, to make it more informative with links to IFERS and Polish version of IFERS. 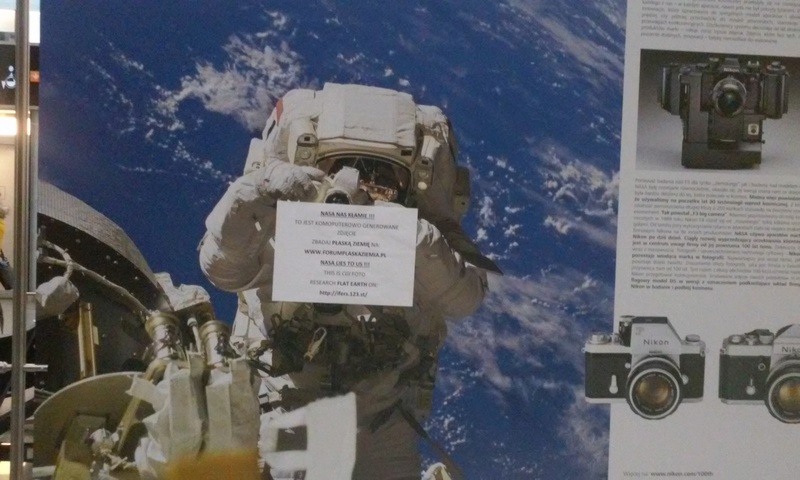 Information hang there for another 3 days. 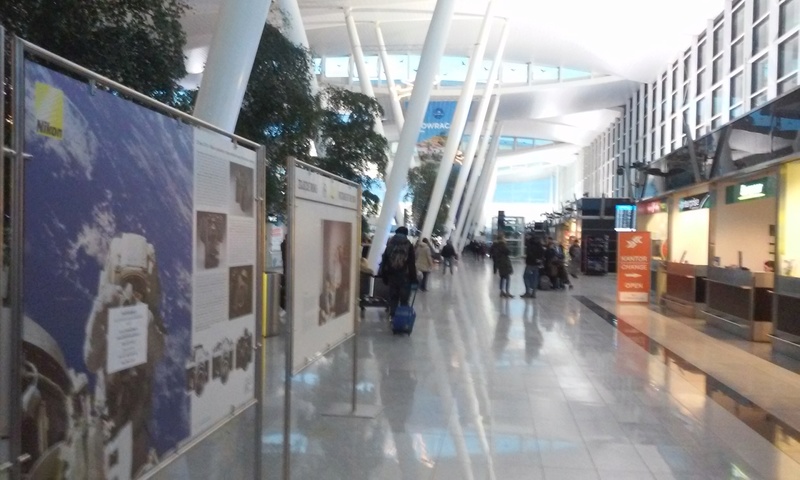 NIKKOR is 33 in numerology.

I love how the naysayers say things like "The Nikon P900 is junk, get a good telescope" or "Flat Earthers use the P900 out of focus and present it as proof when observing planets and stars."

Mag Man wrote:
Flat Earthers
use the P900
out of focus
as proof when observing planets and stars

I thought I did. I get it all the time.. Globies saying the P900 is crap and that Flat Earthers don't know how to focus them properly. Obviously, they've refused to acknowledge their very own senses, proving that the eyes are useless when the mind is blind.

This is the normal response of Heliocentric Priests, who claim that videos of Stars and Wandering Stars are out of focus, because they've been sold Jesuit Spaceballs and that's what they expect to see.

Hi,
Interesting topic, I've been meaning to ask something about the photo's I take with the NikonP900.
I'm no expert, but I like to take pictures of the moon, stars and nature in general.
Now, the pictures I take off stars can be different in 3 certain ways (what I noticed so far.)
Either they're over, on or under a certain focal point (if I may call it like that.) Each time, you get an intriguing pattern of light.
But, what I didn't know and don't understand is what we get to see when you change the colours in the picture (even with the pictures which barely captured anything.)
I've made an imgur account to upload some of these photo's. https://maxmees.imgur.com
Peace.

MMDC wrote:
I've made an imgur account to upload some of these photo's. https://maxmees.imgur.com
Peace.

Thanks for the photos, some cool shots there.

Could I request that you upload some high quality originals of some stars?

Hi,
With the advice of csp, I made an mega account to share the photo's I take from stars (with the Nikon p900.) I've selected a few, but will upload more (in time).
Star album (< link)
Any suggestions on what I should try are always welcome, as I am still new to this.
Hope you'll like what you see.
Take care.

Here is a review of the enormous Nikkor 13mm f5.6, which lack of distortion is unique in the world of wide-angle lenses.
https ://kenrockwell.com/nikon/13mm.html

There might be a little barrel distortion, but much less than any lens of comparable focal length. I got a 15mm fish-eye lens, it has tons of distortion!

"Nikon is the first company to mass produce the fish eye lens. The $160,000 Nikkor 6mm f/2.8 is a rare fish eye lens first introduced to the masses in 1970, just after a similar lens was used aboard Apollo 11"

Can you point me to your source? I never read anywhere an ultra-wide angle lens was used on Apollo 11, nor have I seen any photos that looked like they have been taken with such a lens.

I suspect you are talking about the 5 and 10mm lens used on the 16mm Data Acquisition Camera camera? 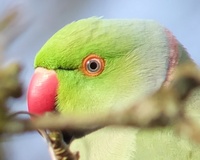 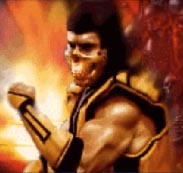