Caucasians Around The Ancient World

Re: Caucasians Around The Ancient World 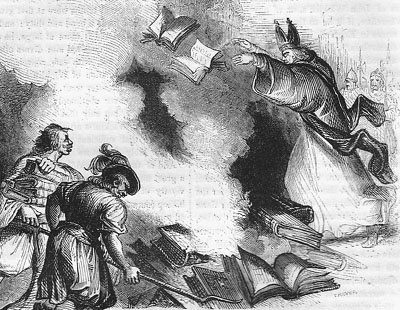 This belong to a manuscript written at the Abbey of Thorney in the 11th-century and preserved in Oxford, St John's College MS 17.

The page includes 13 different alphabets and cryptographic primers, wheels showing the Easter lunar limits and sunrises and sunsets, as well as two extremely cryptic codes, of which one remains unbroken.

From top to bottom and from left to right across the page, these are:

(1) Norse (Danish type) futhorc of 16 letters with rune names and Latin alphabet equivalents. The order of the runes is incorrect, but the forms are archaic.

(2) Fabricated alphabet ending at "r", paralleled by the "Chaldean" alphabets in some Continental examples.

(3) Notae sancti Bonifacii, a cryptographic alphabet where the vowels are replaced by dots, one for "a", two for "e" etc.

(4) Letter substitution code: each letter is represented by the one which follows it in the alphabet: "z" is replaced by "aa"

(6) Vowels replaced by one, two, three etc. symbols which resemble majuscule Gs or the Arabic numeral 6. This may be related to an Irish ogham code called coll ar guta ("C for a vowel"), and suggests an Irish influence shaping this material, even though no ogham is included.

(7) English futhorc of 43 runes with names, with Roman letter equivalents added to the first six. It has been remarked that the order of the runes is disturbed, the names confused, and a number of variant forms have been introduced

(8 ) Norse (Danish type) futhorc of a later type, with the names of the first 16 runes and values of seven additional ones

(10) English futhorc into which some "Nemnivian" characters have stolen.

(11) This has been described as "a runic alphabet of a composite nature, mainly based upon the English futhorc."

(13) The "Scythian" alphabet of "Ethicus Ister", i.e.Vergil or Fergul, bishop of Salzburg in the early 8th c. Several variants for some letters suggest a process of conflation. The names of the characters follow the French tradition.

Re: Caucasians Around The Ancient World

Our government-issue textbooks tell us that Christopher Columbus discovered America in 1492. The dictionary says “to discover” means “to learn something unknown,” but the tens of millions of indigenous “Indians” would certainly contest Columbus’ discovery of anything. Perhaps the occult meaning of “discovery” coincides with Columbus’ occult knowledge of exactly where he was going. Perhaps the word dis-cover, means just that: “to take the lid off something that has been covered up”...

The following presentation "The Christopher Columbus Deception" was taken from a chapter in my book "The Atlantean Conspiracy" available here: http://www.lulu.com/spotlight/ericdubay